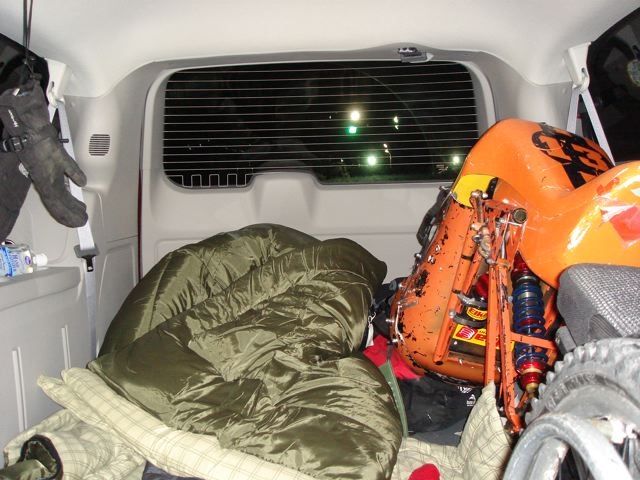 ASPEN, CO – January 20, 2009 – SitSki athlete Andy Campbell isn’t your typical X Games competitor. No hotel suite for this guy–he’s sleeping in his truck all the way to the finals. With backing from PM Gear, Andy checks in from his first X Games.

“So I got into Aspen last night after picking up a rental minivan at denver and grabbing a couple sleeping bags en-route to keep my ass from freezing.

I’m posting this from the Athlete Lounge on one of the fancy big PC’s they have set up. I just got off the hill from my first day of practice. We’re not able go down the course yet as they’re still building it, but it looks gnarly and I gotta say it’s scaring the crap outta me already. I don’t get to inspect and practice the course until Tursday then the semi-finals and finals are on Sunday, all of them live on ESPN.

This isn’t just my first x-games, not even just my first skier-x competition, but whenever I do eventually get to go down the course, it’ll be the very first time I’ve ever been on a skier-x course, nevermind raced on one. I’m f–ked.

I got my passes and swag bag last night (if anyone wants an x-games dressing gown then hit me up on a PM before I put it on ebay or throw it away) and things are starting to feel serious now, not least because I just found out that there’s a $10,000 purse for the monoskier-x comp.”