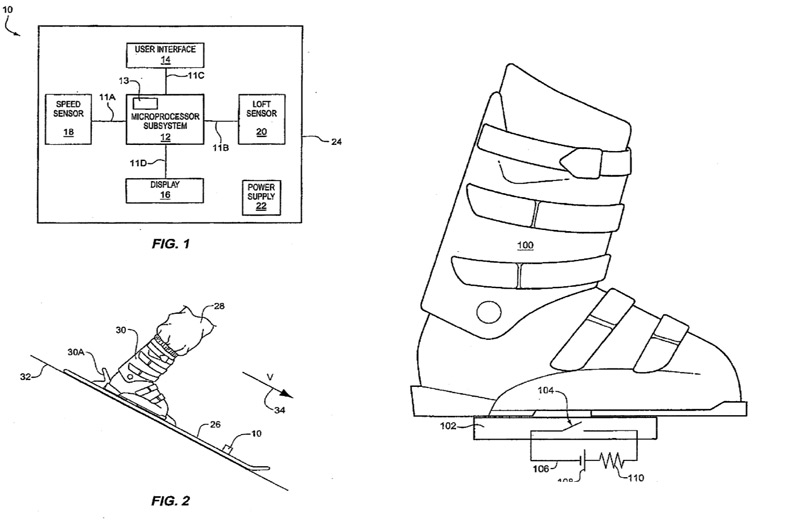 “Did you see that dude? I went like 60 feet, gnaarrr.” Cue rolling of the eyes.

If you’re the type of person who gives a damn about how big you just went, now Apple has a way to quantify your claims—or just put the claimers to rest.

They are working on an iPod ‘sport kit’ complete with sensors capable of measuring a variety of statistics during any activity. The official company PR states the device will record speed, air time, height, and give you an average of all of the above. Essentially, this device will allow quantitative analysis of any given point in a run.

So what’s the rationale? Besides the obvious “Why not?” answer, Apple has given the following example:

“Suppose two users ski only blue, intermediate slopes with the exact same skill and aggressiveness except that one user chooses to sit in the bar for three hours having a couple of cocktails. At the end of an eight hour day–providing the power sensor is activated for the whole day–the skier who skied all eight hours will have a power measurement that is 8/5 that of his cocktail-drinking companion. They can thereafter quantitatively talk about how easy or how difficult their ski day was. As for another example, suppose a third friend skis only double-diamond slopes and he takes four hours out to drink beer. At the end of the day, his power measure may still be greater than his friends depending upon how hard he skied during his active time. He could therefore boast–with quantitative power data to back him up–that he had more exercise than either of his friends even though he was drinking half the day.”

Cue the ski-freak power rankings. How did Bode Miller’s Super-G compare with Simon Dumont’s last halfpipe session? What about Seth Morrison’s day in AK? And ultimately, how much beer did they drink? Apparently it all counts.

A street date hasn’t been announced yet, but rest assured there will be a day when you can get tech-geeky about your skills, so some of you might want to reassess what constitutes a 60-foot air. Just sayin…