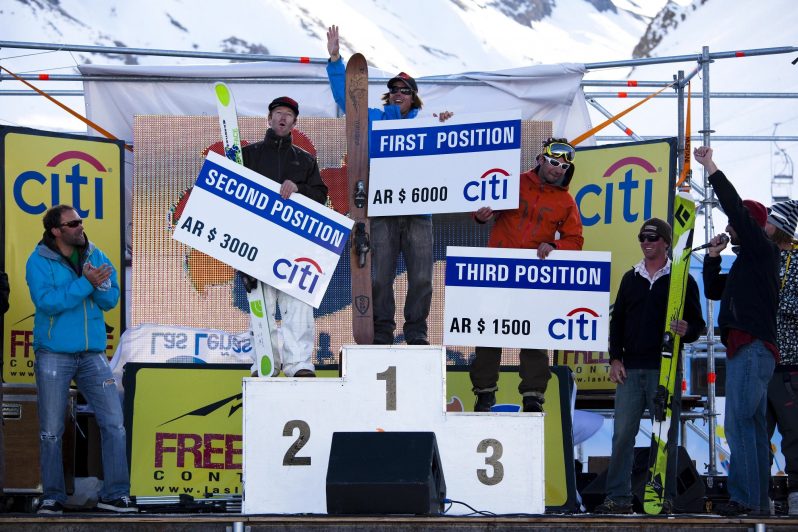 South America is finally back on the competitive freeskiing map. Valle Las Lenas, Argentina, kicked off the return last week on August 24, cobbling together their first freeskiing competition since 1996 with the CITI Freeride Contest, and the IFSA also announced this summer that they would finally be adding the ‘world’ to match the name of the tour, with stop #1 for the IFSA World Tour kicking off right now in La Parva, Chile.

It’s about time, considering the terrain that some of the Andean resorts can offer, and the deluge of freeskiers that flee the northern summer this area for every August and September. Manuel Uranga, part of the Las Lenas marketing department and an avid telemark skier, said that he has been trying to get a Las Lenas competition back together for years, but new management at the resort finally made it possible.

Uranga notes that the competition was not as comprehensive as they wished it to be, since skiers had only about three weeks notice from the original announcement of the contest. The resulting field consisted of 28 men, no women, and no snowboarders. Feedback from the skiers, however, was that the venue was incredible, with 800 meters of steeps off Eduardo’s on the front side, the snow was good, and skiers are stoked to come back again.

Which is good, because VLL plans to continue their freeride contest. For next year, Uranga says, since athletes will have more notice, they hope to have enough competitors to create a women’s category, and snowboarders as well. This year’s contest is a point of pride though, with Las Lenas local Gustavo Rossi snagging the top spot. Americans Griffin Post and Drew Stoecklein represented in second and fourth, respectively.

La Parva, for the IFSA is going off right now, with many of the usual crew making it down to the event. Although the snow has been marginal, everyone is really stoked to be competing in Chile. The venue is named McConkey’s, with a picture of McConkey at the top, super stoked as usual. “It feels like he is welcoming you to rip his playground-super cool,” said athlete Jess McMillan.

The terrain lends itself to runs that will either be super gnar or kind of mellow, without a lot of middle ground. But al least now, the World Tour can live up to its name, and hopefully the IFSA can continue to put on international contests and spread the sport of competitive freeskiing. The finals will be going off this Saturday. You can check out the progress and results at worldfreeskiingtour.com or skilaparva.com.

While a lot of the competitors for both these competitions happen to be skiers who were already down in the southern cone getting in some training time, if these two venues follow through and continue to hold contests in future seasons, the sport of competitive freeskiing could really make its presence known in this part of the world, and that will be a very good thing.