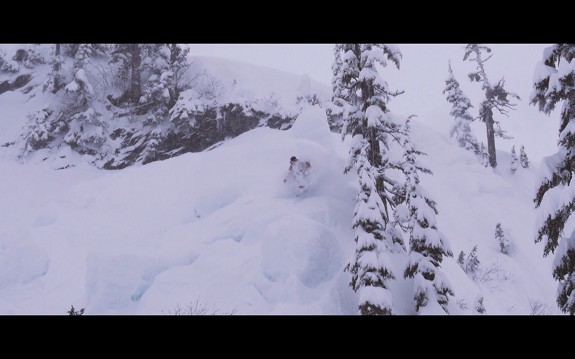 For so many of you who may not already know, I would like to clarify that I am not, nor have I been involved with Warren Miller Entertainment (WME) or their ski movies for quite some time now. When I sold the company to my son in 1988, I was excited about staying involved and helping carry the company forward. However, the company has twice since been sold, and it has been six years since I have had anything whatsoever to do with the films bearing my name.

The lawsuit that WME has filed against Josh Berman and Level 1 Productions is something that never should have happened. WME has no valid claim for Trademark Infringement, and that is why they are attempting to delay the action with Level 1 and go to arbitration with me. The judge will rule on the stay of action sometime this week. For Josh and Level 1, a stay of action only means that WME gets to put off their lawsuit, until the arbitration between them and me is finished. That is unacceptable as it leaves Josh and Level 1 hanging in the wind.

I stopped working with WME because our ideas on what the ski films should be weren’t on the same page, and they demonstrated that they didn’t want my involvement in making ski films any longer. WME’s statement that they “would like nothing better than to have Mr. Miller be a continuing part of WME,” but cannot because they are “a small company with limited resources and we are not in a position to meet the financial conditions Mr. Miller requires” is really absurd.

I have never made ski films solely for the money. I have always done what I do out of my love for skiing, passion for people, and the freedom that I find while on the mountain. I sat down and did an interview with Josh, a friend whose entire company, Level 1 Productions, generated less than $100,000 in revenue in 2008. While on the other hand, WME is the largest company of its kind in the world and is part of a multi-million dollar corporation, which is owned by a larger global conglomerate that posted more than a billion dollars in revenue in 2008.

I am really flattered by how much support so many people have shown not only to me, but also to Josh and Level 1 Productions. Thank you for reading this. Let’s all look forward to bluebird days and untracked powder snow!

Miller’s statement was in response to the hold WME put on its case with Level 1, which would leave the production company in limbo while WME and Miller were in arbitration. By keeping Level 1 waiting until the arbitration was finished, WME could basically threaten them with the possibility that additional claims might arise during the process and force them to accept the stay to avoid legal expenses.

The statement also defines the reasons behind his Warren’s split with WME. It is great to see the legend’s motivations are still as pure as they were when he started making films.