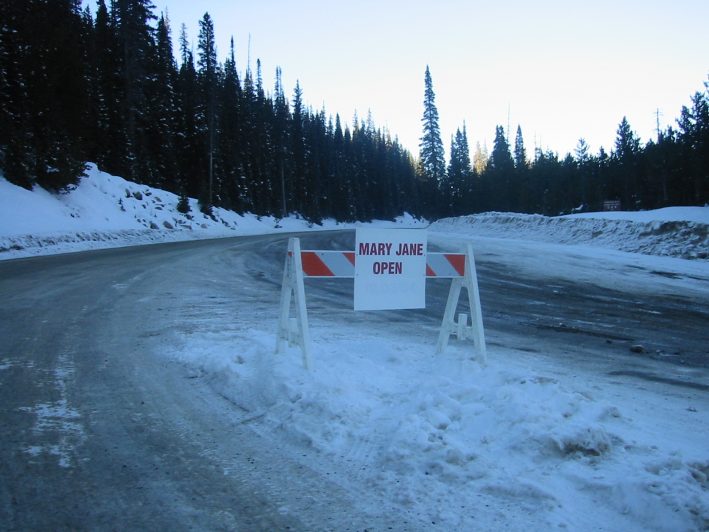 I am a music snob. Not in any sort of in-your-face elitist fashion that would earn me friends among hipsters and record store employees, but more as in individual pursuit. I have tallied countless hours dedicated to a collection of musical knowledge and minutiae that makes my iPod the envy of no one but my son who thinks of it more as his personal hard-wood-floor skipping stone. I attempt to keep up with the growing number of new releases while constantly burning miniature soundtracks for life and the travels involved therein. This pursuit pleases no one but me; it is entirely selfish, a reflection of my own musical esthetic.

I am not used to defending my taste, save for my love of Bjork, which is a feat difficult to pull off in even the trendiest cliques. You can imagine my surprise, then, when my friend and former musical co-conspirator Jessen turned his nose up at a new mix that I was forcing upon him. His point of contention? “It’s all been done already.” This from one of my most trusted confidants, an individual who took two semesters of “Frank Zappa” lectures in college and owns no fewer than three Carl Thompson bass guitars.

I try to wrap my head around this argument, knowing that to some extent Jessen is probably right, and this bothers me. My world is crushed, and for a second I ponder selling every album newer than my copy of James Brown Live at the Apollo. Luckily I snap out of it, realizing that he is missing the point. Music is a selfish endeavor, a to be created and experienced by each new generation as a very legitimate interpretation of life. It’s the FEELING that music gives us, awakens in us, that makes it so topical and transcendent. To quote Bob Marley, “One good thing about music, when it hits you feel no pain.”

To further my personal affirmation, I find a little enlightenment out my own window. The conglomerate sandstone giants across the valley from my little house have a habit of catching fire with the sunrise, and I cannot say that this morning’s show is unpleasant. I am always forced to reconsider my inability to thrive as a morning person knowing that this show recurs daily. It is the simple fact that the sunrise is so predictable that adds to its charm. It doesn’t matter that this has been done before; it is the FEELING of welcoming yet another day with azure skies that fails to grow old. Quoth Colin Hay, “I watch the sun as it comes up, I watch it as it sets- yeah, this is as good as it gets.”

Thankfully, my lack of characterization as a morning person is trumped by another all-consuming passion. I find myself today on the rickety has-been of a lift, the antiquated “ARROW,” celebrating the arrival of my favotire season on a week-day sojourn to Winter Park. There are more lifts open than there are runs. The area is currently sporting less vertical than Boyne Mountain. Not a soul on the slopes has a purchased ticket- everyone is a passholder in search of early-season stoke, brethren called to the hill by a force greater than ourselves. Today there is no teasing the kids with fully-loaded back country packs, or the townie in jeans and his Olin Mark IV’s, because we are all just as guilty of the same selfish endeavor- skiing for the sake of skiing. No ski-journalists from Bro-Brah rags have flocked to the hill in attempt to report on Sick Pow being Stomped, Freshies or local style. No Pow. No Stomping. Anything. No Bro. Just the few of us lucky enough to be making weekday turns in mid-November.

This is not new. These trails are not fresh. They have been skied before, and will be avoided at all costs in a few short weeks, when the meat of the hill is ripe with snow. Yet here I am. Every year. I don’t know… maybe the abbreviated hill is just a flirting taunt at the season yet to unfold. Perhaps these early days help us to appreciate the epic storms and closed-passes that are (allegedly) sure to materialize in scant weeks. But I know this much- that even on opening day, skiing is fun. The kinetic realization of sliding on snow is here again- and just as appreciative as I am of each and every sunrise that I am alive to see, I don’t fancy that I will ever take early season turns for granted.

At day’s end, after having yo-yo’d far too many reps for an area with only two skiable runs, I stumble sheep-grinned across my friend 5-Ball Mike at the store, a member of Mary Jane’s pro patrol, and clearly ready to tease me for spending the day on the mountain. “You can’t call THAT skiing,” he argues, and like Jessen’s view on new music, I take his quote seriously. Does it hit close enough to home to hurt? Nope. Not at all. And it doesn’t take long for my guts to inform me of their disagreement to 5-Ball’s befuddled gaze.

“It’s the FEELING,” I counter without hesitation, and I leave it at that. Because for me, as for countless others, that is all that it ever needs to be about. The FEELING of skiing is what it all comes down to. There is more emotion summed up in even a short run on your favorite hill than can even be hinted at with the poor limitations of language. A smile generally tells the whole story, as does the mountain full of people who are finding joy on an abbreviated slope, decades into having made their first turns on the same mountain.

Marley would let me say that, and for now I feel now pain.