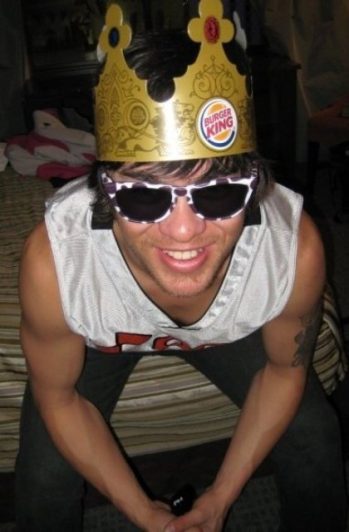 Chris Tatsuno and I met up in downtown Denver after a day at S.I.A, so he could fill me in on his first month of traveling as the Powder Highway’s Ultimate Ski Bum. Tatsuno went from being “just the guy in the van” to the guy that just won three months of free lift tickets, cat-skiing, heli-skiing, and lodging at all the best stops in the Kootenays.

Tatsuno was a ski bum long before winning the official title. Freeskiing competitors have admired Tatsuno and his van for years now. Spray painted with style, the Tats Van has showed up in places like Jackson, Salt Lake, Telluride, Squaw, and even Alaska. Chris claims he hasn’t paid rent since he graduated from CU Boulder in 2002, which is when he bought his van. Since then he has spent every winter living in his van and skiing.

When I asked Tatsuno about his resume leading up to ski bum stardom, he responded with a few achievements and activities, such as Sickbird belt buckle winner and M.C. for the Warren Miller tour, but most importantly he wanted to emphasize that he has always been “just the guy in the van.” Sure, he may have sponsors and be one of the most wild skiers on the freeskiing tour, but Tatsuno cares solely about skiing, while making friends and traveling.

Just last week he befriended a few Kiwi girls living in Fernie for the winter. Their van had just broken down, so Tatsuno lent the Tats Van over for them to borrow. He described the situation as a great opportunity to pay it forward to other skiers, making note that his van will probably break down someday.

There are the girls in Fernie with his van, the hundreds of freeskiing competitors, and locals at every mountain, that love Chris and his mission. I wondered if Chris was going to see any opportunities in his skiing career from winning this contest. Frankly, he seemed unconcerned with any elevation of his career. Just like the definition found on his website, Chris is just a guy who spends most of his time skiing. I feel lucky to have been one of the friends he has met along the way.

Enjoy your next two months Chris!