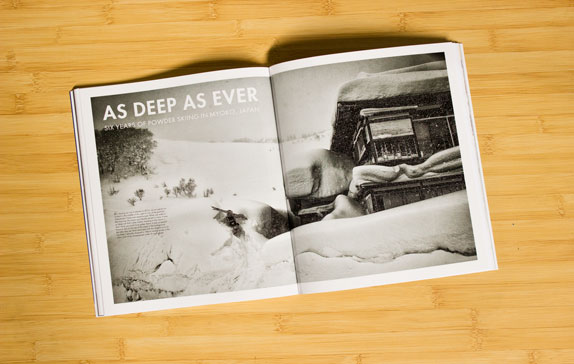 Every corporation has a CEO.

Every wolfpack has an alpha male.

Every Disneyland has a Mickey Mouse.

Chevalier is a force of good in our group. In all honesty, he is probably not the alpha male- but he does have a knack for being in the right place at the right time. His opinions are generally spot-on. And, for several years, Chevalier has pined over the Haute Route. It has been his own personal big-one, the driving force in a life already largely dominated by the ski industry and the international ski scene.

The eldest son of a commercial airline pilot, Chevalier leveraged the free plane tickets to back-door his way into a jet-set lifestyle from a young age. He was in Berlin when the wall came down. He will regularly attend baseball spring training. As a college student in Denton, he would fly to Salt Lake City and spend weekends in Little Cottonwood Canyon. Chevalier revolves in and out of international scenarios more effectively than an amateur James Bond. After college, he lived in a variety of ski towns, solidifying his magic touch while working at the Little Nell for just one season, which happened to be the snowiest in Aspen’s history.

In fact, Chevalier has only one nemesis, a black-hole in his jet-set mojo every bit the equivalent of kryptonite. And that nemesis is the Milan-Malpensa international airport. Two Christmases ago while on a vacation with his fiance’s family to the Dolomite Super Ski and Chamonix, the chink the armor was first exposed as luggage stored in plain sight at Milan was not released until his future father-in-law had an old-fashioned Italiano stare down.

In the fourteen months since, Chevalier has learned Italian and become entrenched in Milanese culture. He has a discerning nose for espressos and Margherita pizzas. So confident was he in the defeat of his Achilles heel, that on this, our personal conquest of Chevalier’s greatest ski triumph, we were advised against flying into Switzerland and instead routed into Milan-Malpensa.

Yvon Chiounard said that “it’s not an adventure until something goes wrong.” From the onset, stuff went wrong. Zip-Loc and Red Ryan were told at the boarding gate that they were, in fact, not ticketed to Milan at all. At the zero hour, due to Chevalier’s magic, Ziploc and Red Ryan were granted not only entrée to the Milan flight, but were seated in International Business Class. Mojo restored… until landing in Milan to find that all of their gear, all randonee and touring and mountain snobbery combined into a few very precious bags of cargo, was gone. No trace. Some gate agents said Zurich, others said Paris; check back at noon, they said. If not, then definitely 4:30. And if not then, super definitely at 8:00.

Needless to say, the gear didn’t arrive. Chevalier knows no pain like the passage through Milan-Malpensa, and now it was wearing off on us. Not by 4:30. Not by 8:00. Maybe it’s in Kathmandu. Who knows- maybe this will inspire legions of Kathmandu baggage carriers to take up back-country skiing. So now, due to an executive order laid down by Chevalier, lead knight of international travel, we are sitting on a Swiss train rocketing through the Rhone valley towards a rendezvous with a French cabbie who is prepared to shuttle us the rest of the way into Chamonix. It is the right move, says Chevalier. We have a hotel in Cham, and tomorrow we ski the Vallee Blanche. The next day, Grand Motet. Haute Route. And it’s snowing. My gear arrived safely, so I choose to avoid conflict by writing about airport kryptonite, but Zip-Loc and Red Ryan question the motives.

I sit confidently, aboard the cleanliness of the Swiss rail system, staring out at the grandeur of the Haute Alps. I rest easy. Outside, the landscape is growing exponentially more ruling with every minute on the train. Lurking peaks and snowy torrents riddle the couloirs and basins high high above. I rest easy because this I know: Chamonix is not Milan. It is an entirely different country, a different planet even. From our base camp in Cham, the mood will change. Gear can be rented. Mountains instill more calm than an Italian metropolis, even big, gnarley mountains.

But the most important factor of all, and the real crux in favor of the argument to head to Chamonix, even without our gear, is this- the more distance that we can put between Chevalier and Milan, the more his mojo will shine. And right now we are rocketing away from Milan-Malpensa as fast as the Swiss rail system will take us, and into the graces of Chevalier’s golden touch. Good riddance, Milano! Bon jour, alpha male!