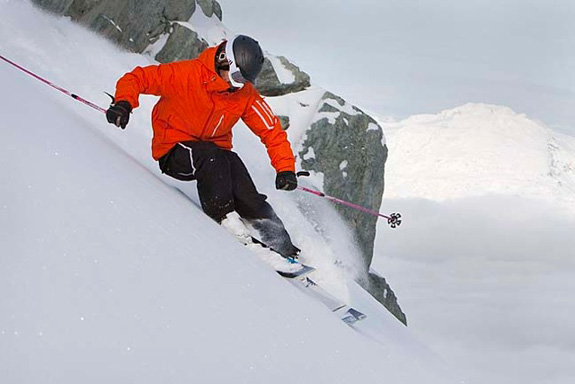 WHISTLER, BC, October 27, 2010 –The crew from Whistler-Blackcomb found a weather window and scored early season powder up on the glacier…the first pow day of the season is in the books.

“Snow covered peaks of Whistler and Blackcomb mountains show the first hint of the snowy La Nina winter ahead during a short reprieve from the recent frontal weather system.

A base of nearly 40 centimeters (16 inches) has formed in the alpine with the forecast calling for mid mountain freezing levels and more precipitation in the five day forecast. The countdown to the 2010-2011 winter season at Whistler Blackcomb is officially on; November 25, 2010 marks the official opening day.”