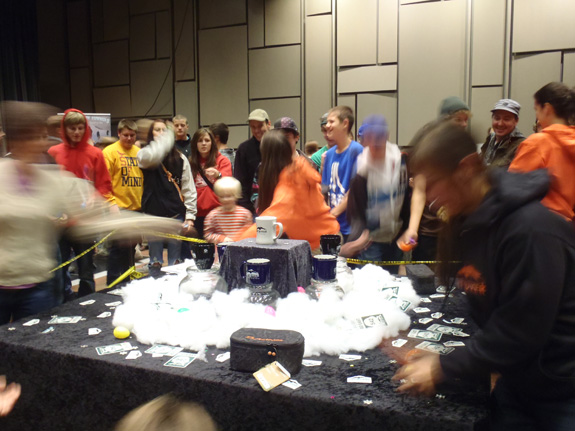 Mt Baker, WA (November 1, 2010) — They couldn’t have timed it any better—as the annual Mount Baker Film Festival kicked off in downtown Bellingham, the first big storm of the season enveloped the upon upper reaches of Mt Baker Ski Area.

Season’s pass holders young and old gathered to take in some local wares, local flavor, and local segments from both the biggest names in the film industry and local companies set to make it big. Powder stoke was palpable—Boundary Bay Brewery’s libations were available for the over-21 crowd—and Baker’s season’s pass holders enjoyed each other’s company, the first rendezvous of many to come for the forthcoming Niña-enhanced 2010-11 season.

Reports from over the weekend included pow turns, high fives, and a start to the unofficial ski season at Mount Baker; the film festival set the stage, and now it’s time to reap the rewards.

See you in the lift line on opening day.