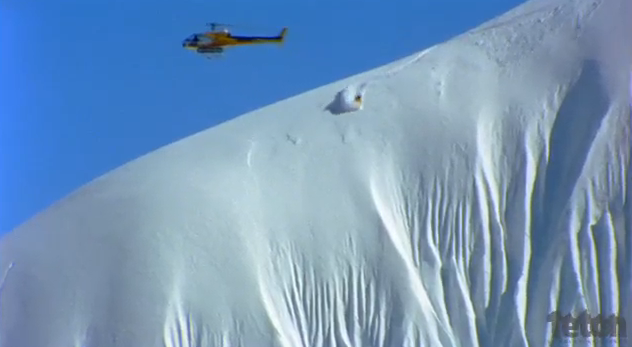 The first episode of the third season from Teton Gravity Research’s “Behind the Line” series follows Sage Cattabriga-Alosa’s past year, in which he conceived and eventually executed a new trick, the flat spin. Cattabriga-Alosa takes us through the process of how the trick came to fruition, from the initial attempts launched off backcountry pillows, to perfecting his comfort level in the park and eventually getting his “special meter” peaked and throwing the flip variation on a natural feature in Petersburg, Alaska.