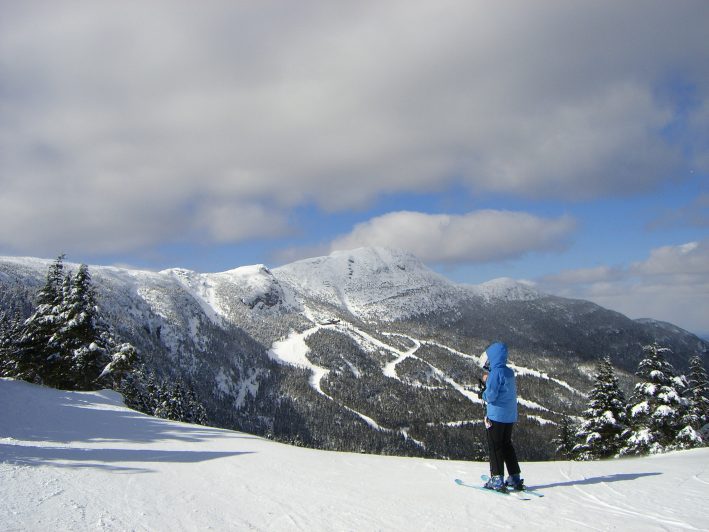 The first time ever for me on skis was at the age of 35. My brother Chris would have been 28, but he died of multiple organ failure awaiting a kidney transplant on Mother’s Day, May 13th, 2001. I bring this up because I miss him, but also partly because I know he was with me in spirit on that winter day in Vermont. It was the Valentine’s Day Blizzard of 2007 and I was learning to ski! I could have gotten more use out of a diver’s mask and snorkel that day… snowplowing was nearly impossible in all that powder but it didn’t matter. I was trying something new, that which I had never done before. Life for me after Chris’ passing was going to be about doing new things, getting out of my funk if simply by getting out and doing all the stuff he couldn’t because of his illness.

With each turn, and all the patience and help from my instructor I found a reason to smile. The sense of accomplishment washed over me like the blowing snow. I really felt like Chris was with me, and so I take him with me each time I ski. He is with me on each turn encouraging me to push forward to make each one count. Skiing has helped me become a more complete person. I can now handle more that life throws my way. Each turn on the mountain is an opportunity to work things out in my life even now… years after my brother’s passing. I thought of my first day on skis as the first item on our “Bucket List,” to chronicle my accomplishments with Chris.

If there is any point in carrying on after the loss of someone close to you, it is not in simply existing, in cluttering up the world with another bitter, nasty, and joyless person. Nor a suffering martyr forever living in the past, and punishing everyone else for what life has done to you. I believe it’s true that only time is the proven healing agent, so it’s necessary to adapt to that reality, and it became paramount for me each time I ski to make each turn count, so that the supposed magic powers of passing time have a chance to do their thing … one turn at a time.