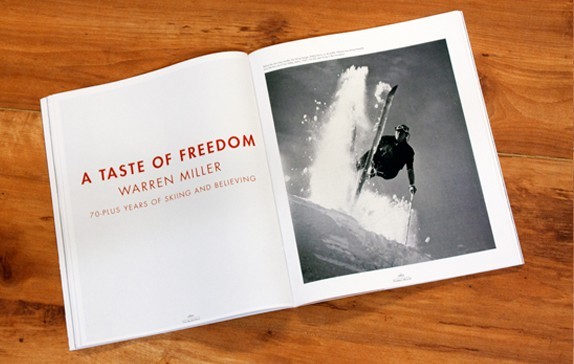 After much deliberating, discussion and delight, The Ski Journal, in conjunction with Warren Miller, is proud to bring you the top ten entries for our ‘First Time Ever on Skis’ contest. With hundreds of submissions ranging from 2010 to the 1940’s, from Norway to Dubai to Norcal, featuring tragedy and triumph, family, friends and strangers, uphill and downhill, poems, prose and even a few run-on sentences, suffice to say that they all brought smiles to our faces—and brought back our own personal memories of the purity of our first time sliding on snow.

Alas, there can only be one winner—over the next ten days, we will reveal the top ten entries, culminating with Mr. Miller’s favorite essay on Friday, February 11th. A special thanks to Mr. Warren Miller and contest sponsors K2, Orage, Smith Optics, and media partner Newschoolers.com. And you, the reader, who took the time to relive your first time with us—we hope your stories were as enjoyable to write as they were to read.

The boy stood atop the hill. The man watched from the bottom.

The man watched his son fall time and time again on his way down the Bunny Hill. The man knew it was fear and not gravity that kept pulling his son to the snow.

It had been an hour since the boy had and finished his lesson. With the guide leading the way, he’d snow-plowed his way down the hill with relative ease. A few trips in, he’d began to carve. Now, alone the boy looked like he was trekking Everest.

In those 90 minutes – the 30 minute lesson and the next 60 – the father watched. He never pushed too hard. He’d lost his own father at a young age, so more often then not he acted like a father who wanted his son close – even when it came to skiing. He was a great father.

The words of encouragement were ineffective. The boy fell as often as the constant snow. Even for one’s first time skiing, the boy wasn’t making any progress. He took the rope pull up the hill. He skied, rolled and tumbled his way down. He wasn’t really going anywhere.

Finally, with only an hour left to ski that evening, the father had enough. He strapped on his own skis.

“You’re coming with me.”

“You’re coming with me son.”

He didn’t speak as he pushed his poles into the snow and headed to a chair lift a couple hundred yards away. He moved with purpose. The boy knew he must follow. He lacked his father’s speed and power.

“Dad, I’m not ready for this. Its Mardi Gras. It’s the biggest hill.”

“It’s the biggest, but it’s not the toughest. You’ll be fine.”

“I don’t want to do this. I can’t do this.” The boy wailed and whined to his father.

“Christopher. You’re going to do this. Get on the chair lift.”

His voice stung more than the winter air. He’d never spoke to his son with that tone. In many ways, it hurt him more than the sharp, wintry breaths that panged his lungs. He was not the kind of father to push his son anywhere he didn’t want to go.

There were tears in the boy’s eyes as they chairlift crept up the hill. The father held his son, but he never spoke. At the top, they pushed off and skied to the top of the hill.

“I’ll see you at the bottom Christopher. Don’t walk down.”

Before the boy could protest, his father took off. The wind dried a tear on his cheek.

Alone, the son peered down the hill. His father’s image disappeared in the darkness. The son stood frozen in fear.

It was time to ski.