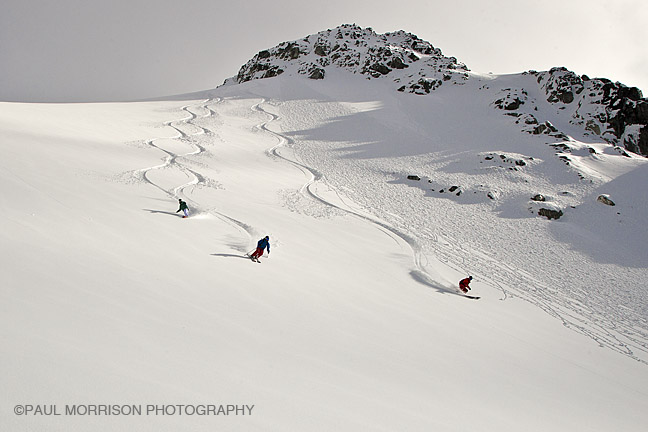 Not to miss out on the early season feeding frenzy, a few lucky folks at Whistler-Blackcomb got up on the glacier yesterday for some pre-season powder. According to the official release:

‘Being able to ski this early in the season is unbelievable,’ said Callum Pettit, ‘I can’t wait for Whistler Blackcomb to open.’ The three athletes were joined by videographer Jeff Thomas and legendary ski photographer Paul Morrison, who were able to capture some footage of the incredible conditions.

La Nina, the weather system to thank for this early blast of snow, brought 1,567cm (617 inches) of snow last year, which was the second snowiest season in Whistler Blackcomb’s recorded history. Meteorologists are calling for another La Nina weather pattern this winter.”

Lucky fellas/fellette. Get stoked, cause it’s on!