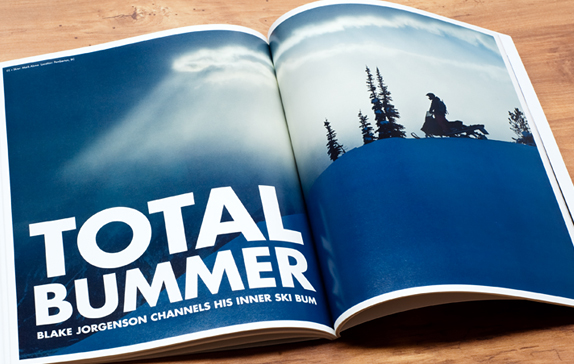 You’ll pardon the comparison, but the Chevalier traveling method invites comparisons to Russian Roulette. I would say Roulette; however the consequences of a floundered opportunity or card held too long can lead to vacation disaster whose emotional toll mimics that of epic failure. Fortunately for us, Chevalier has us groomed. Groomed to expect the worst, and plan for the most torrential downpour of airport maneuvering at the zero hour. And that is how, as the apprentices to a traveling hero, we have crafted a potentially disastrous day into something wonderful.

After the baggage mix-up on our stand-by flights leading up to the Haute Route, Red Ryan begot cold feet leading directly to his purchasing of a real-life airplane ticket crafted of paper that could be mistaken for Fort Knox gold. Chavalier and Quick-Pic, similarly, had procured flights through mileage points. Mean and I hoped to wing it. As did the rogue agent Zip-Loc from his eastern sea-board launching point. And we did so with a plan. Chevalier had our skis. And most of our stuff, really; a point that cannot be underscored. We had boots, ski clothes, cameras, and cash.

We came prepared to fund the ballers. DIA was greeted at 4 am with a spreadsheet of potential flights. All stand-by. Bullet in the chamber… you’ll pardon the comparison.

We were to try and get to Atlanta, from where our sequence of flights was penned on the good potential to make the flight to Rome. On Good Friday. We missed the first flight to Atlanta. Even 4 am nerves wake up at the very real potential of missing all possible links to an easy trip. When we were standing in the “line of the hopefuls” for stand-by passengers on the second flight, stragglers kept showing up. With each straggler, another weak caribou was picked off of the stand-by line. And then… miracle… we made it.

At the gate to greet us in ATL was the legendary creature Zip-Loc, with a 5-month beard in tow every bit the equal of the Yeti himself. Zip-Loc was flying to Munich, where he would meet Red Ryan. Why were we flying to Rome again? On Good Friday? A series of hectic conversation with the professionals ensued, leading directly to our changing stand-by status to the Munich flight. Keep the crew assembled. But the gate agent said something about weight and balance. Cock the pistol… if you’ll pardon the comparison. But we made it. Zip-Loc, Mean and I were on the flight. And it took off. And landed. In Munich. And we had our gear. (See also: Haute Route trip report circa 2010.)

Having to wait for Red, we did the prudent thing and purchased train tickets to the Marienplatz from where we artfully weaved our way through the Bavarian cobbles to the warm embrace of Hoffbrauhaus. Things were looking up. A train ride back to the airport, retrieval of our gear that we had stashed, caffeine ingested, tall red head located. With gear. And a German rental car. There were only a few variables left. Had Chevalier made it to our meeting point in Italy? Was Keith there to smooth over the initial lodging before departure from Sulden? And would Red Ryan let us talk him into a side trip to Kitzbuhel with the sole intention of finding the epic Big Bosna and seeing what was in store at the Londoner? Yes. Yes. And Yes.

And now I am sitting, miraculously, in a hotel just north of Sulden with the entire crew, gear intact, hot shower waiting, and a foot of fresh snow lurking above Messner’s home land. The homes are requisitely old and charming. The smell is distinctly European. The coffee is stout. The beer is crisp. And tomorrow we ski. Italian Alps. Good Friday? Great Friday. … if you’ll pardon the comparison.