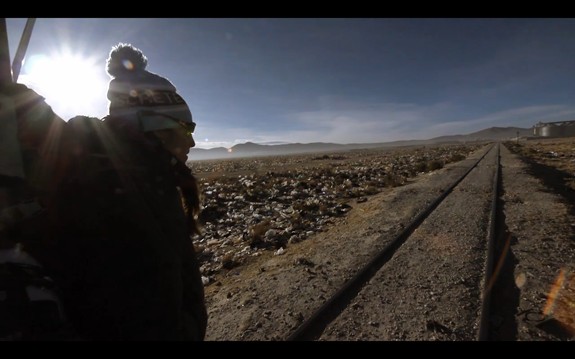 Heading into the heart of South America, hopping trains for transport and skiing some of the best mountains on the continent – that was the original plan for the Sweetgrass Production crew on their trip to begin filming their 2011 film Solitaire, a two-year skiing and snowboarding project set all over South America. But after unfavorable ski conditions in Bolivia, the crew experience some hefty setbacks and begin to question the remainder of the trip. Between third world emergency dental work (sans anesthetic), their only camera charger getting stolen, and Bolivian conductors being less than supportive of their train transport hopes, the Sweetgrass guys find not the glorified railroad and volcano skiing journey they had planned for, but instead a trip of disintregrated plans, little skiing, and a wildly unintentional storyline–the kind of mess that makes for the most memorable adventures.

On The Road Episode VI – End of The Line from Sweetgrass Productions on Vimeo.