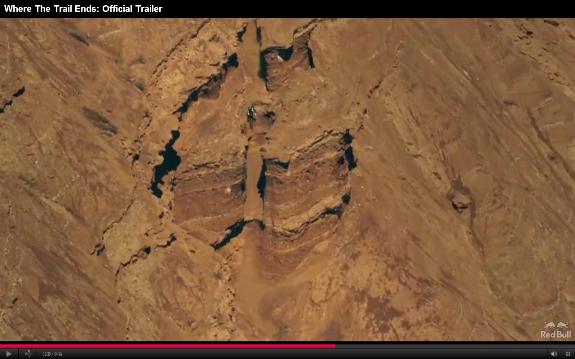 One of the biggest differences–besides snow versus dirt–between skiing and mountain biking has always been biking’s confinement to a trail. Where the Trail Ends…, Freeride Entertainment and Red Bull Media House’s new film, blurs that line and takes mountain biking into uncharted mountains that would make the best skiers think twice. A three year project, the film features some of the sports best athletes and drops in September 2012.