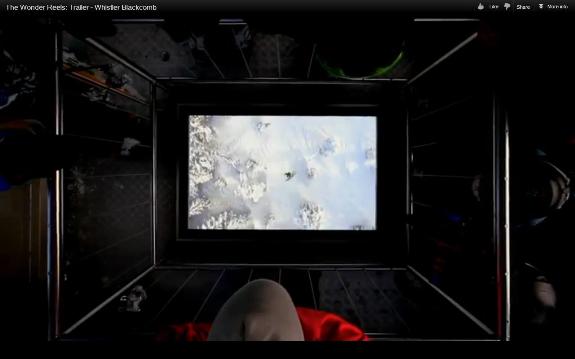 The sun is still shining and the temps are still balmy, but winter is coming. In preperation, Whistler Blackcomb has put together The Wonders of Whistler Blackcomb, a campaign to get the snow stoke started. The Wonders will include a 7-webisode series by Sherpa’s Cinema and Switchback Entertainment, a microsite called the Wonderground, and a user-engagement tool called Map Your Wonders where shredders can post their own moments of epiphany for others to watch and a chance to win prizes.

The first Wonder Reels webisode–Snow, by Sherpa’s Cinema–will drop October 2nd, and the other episodes will be released throughout the season. Here’s a little more info about the campaign from the folks at Whistler:

“Wonder. Is it a place or a state of mind?

“Are there places on the planet where wonder concentrates? Where it gathers, amasses, pools, comes in the night by the dumpload to bury yesterday’s tracks? Or is it just a state of mind, a way of looking, a filter through which you see the world, wherever you may be?

“This season, we explore Whistler Blackcomb with a 7-episode video series taking us through the eyes of Whistler’s lore-keepers, the time-lapse artists and the athletes, the kids who grew up here, and the mechanics who keep the place running, in an effort to find out where wonder strikes.

“These stories are pinned to the new Wonderground microsite – www.whistlerblackcomb.com/wonder to share and to rediscover. These are the places where wonder has struck. Share your secrets. Find your way. Claim your place.”

Even if you’re still getting your tan on, get ready. Winter’s on its way.