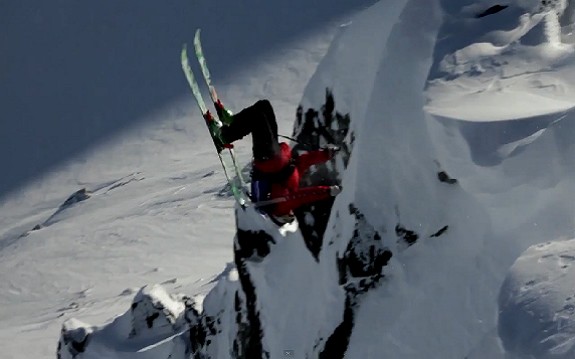 Twenty inches of powder on the car the morning of your set departure to another mountain makes it painfully difficult to leave the epic conditions in your own backyard. So instead of heading out to Revelstoke, BC, skiers Matt Elliott and the Treadway brothers decide to stay in their hometown of Whistler and end up scoring some big lines in Dendrite Studios new video, ‘EVOC Sports’ North America Ski Team 2012.’ A solid edit by contributing photographer – and friend of TSKJ – Nicolas Teichrob, the film features the athletes from EVOC skiing incredible backcountry in Whistler’s surrounding mountains and lots of deep, deep snow.