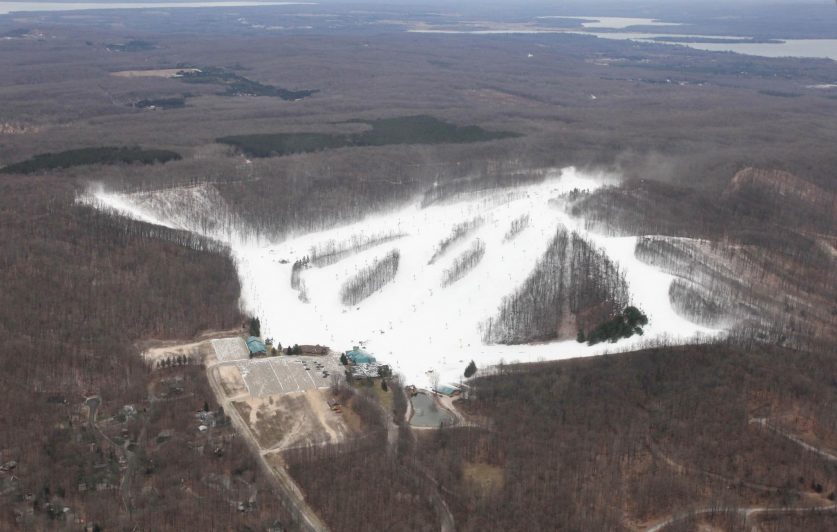 December in Michigan means nothing to the snow gods. White Christmas? Not since I can remember. Just a foot or two before we all face an impending (but completely hypothetical) apocalyptic death? No chance.

So while the Pacific Northwest got thoroughly pounded this week and last, us Midwesterners are getting by like we always do—stupid amounts of rail jams and futile attempts at urban sessions that prevail only because someone gets a gnarly fall for the “early season edit”. Because if there is anyway to celebrate the holidays in Michigan/Wisconsin/Minnesota, it’s with a truck bed full of ice rink shavings and enough beer to make you forget just how bad you want to be skiing on real snow right now.

We’re currently experiencing our annual grace period in the Great Lakes State, the one that consistently lands before Christmas but after the influx of opening day powder shots on my Facebook news feed from such distant pre-season dreamlands as Washington and Utah. It’s weeks like these where we learn composure in the face of core shots and frustration at the local ‘mountain’, where exposed rocks and grass reign supreme under three inches of man-made crud. These are the weeks set aside for checking the weather, for getting stoked on three inches of whatever we can get (hybrid of rain, snow and hail? We’ll take it) and relishing in the curious joy of spending more time sitting in lawn chairs in the parking lot than subjecting your bases to variable pre-season conditions.

But there is light at the end of our currently dirty slush-filled tunnel. Mt. Bohemia, the holy grail of Midwest backcountry-esque riding, opens the day after Christmas, whether there is snow on the ground or not. We got four inches last night (“expect whiteout conditions,” the local news said, “this will be a big one”) and it’s finally cold enough for resorts to pump enormous amounts of “snow” out of large fans with hoses attached. An example of the obscene snowmaking is my home hill, Nubs Nob, in Harbor Springs, Michigan. Just to be clear, it takes a special strain of ruthless desire to administer 200 acres worth of snow to a landscape that looks that brown.

So, we’ll make our snow, and we’ll dance our snow dances, and we’ll stare longingly at the face shots on our computer screens between final portfolios and presentations, dreaming of faraway powdery places.

And maybe after they’re done laughing at our desperation, the holy snow gods for which we’ve all but cried to will finally cooperate. Obviously, we’ll be ready when they do.