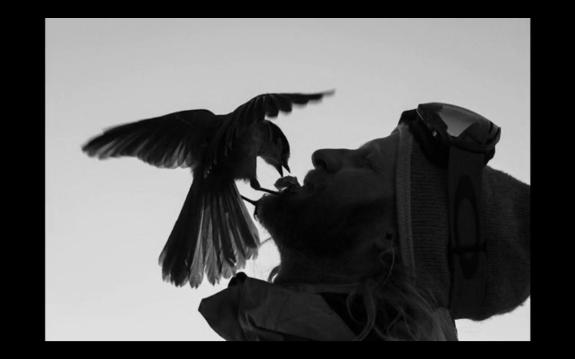 In the PNW, mid-January is traditionally the deepest part of winter. It’s a time to get up extra early for first chair, to bring out the fattest skis, to huck the biggest cliffs or those with the most dubious landings. It’s days of faceshots, fresh tracks and free refills. At Whistler Blackcomb, it’s also time for Arc’Teryx and Gore-Tex’s Deep Winter Photo Challenge, one of the skiing world’s most renowned (and pow-gifted) photo competitions.

The rules of the competition are fairly simple: photographers, who either bring their own athletes or are suggested athletes by Whistler, must capture and create a slideshow of images in the 72 hours prior to Saturday’s showing, shooting within the limits and operating hours of the resort. The resulting montage is judged on a number of factors, the most prominent of which is how well each represents the competition’s theme—the heart of winter.

January, with its near-guarantee of storms, also has another constant—infamous inconsistency. With sunny skies and snow-less preceding weeks, there was very little deep-wintery about the conditions, and the photographers were left to get creative.

As Saturday rolled around—and Whistler announced their $18-million addition of two new lifts—the slideshows trickled in, and by the time the Fairmont Hotel’s doors opened at 6:00 p.m., all was ready. The show was long-ago sold out, and over 1,100 people packed the hotel’s event room to watch the four giant screens.

The talent and creativity of the contestants became apparent with the first image, and as each slideshow played it was clear how much dedication and work each photographer (and their athletes) had put into the last three days. With less-than-ideal conditions to work with, story lines, aesthetic and creativity took precedent over pow turns and cliff drops (although there were some impressive airs as well), the result being a whole lineup of incredibly intriguing and well-composed slideshows.

Judging by the reaction of the crowd at the Fairmont, the decision was a difficult one, with each presentation bringing its own style and interpretation of a sunny, deep-winter Whistler. But a winner must be chosen, and the title went to Russell Dalby, whose dynamic, all-black-and-white show moved between guitar strings, landscapes and skier action garned praise from both the judges and the attendees–and earned Dalby $5,000.

“I wanted to tell a story and showcase the lifestyle behind skiing and riding everyday on the hill,” said Dalby. “A lot of photographers focus too much on the action and getting the most epic shots possible. I wanted to tell the entire story.”

Deep-Summer champion Rueben Krabbe took second and a $2,500 prize, Andrew Strain third for $1,000, and Mike Helfrich the best photo award for $500. But all the checks and trophies haven’t been handed out—the People’s Choice Award has yet to be decided, and you can make your voice heard (and help out your favorite hard-working photo ninja) by voting here. Meanwhile, check out the winning three slideshows and enjoy the depths of a sunny PNW winter.