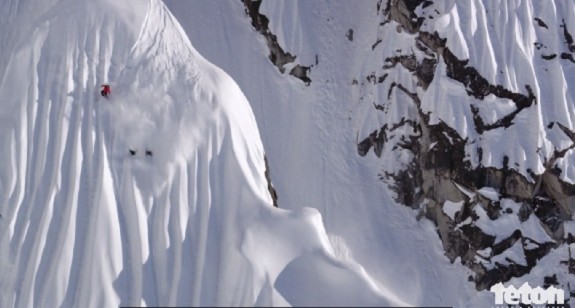 Without argument, Sage Cattabriga-Alosa is one of the best big mountain skiers to shred the wickedest spines and biggest cliffs around the world. In Teton Gravity Research’s newest film, Way of Life released October 15th, Sage continues to push the limits of what’s possible on skis in his most impressive segment yet.

You can purchase Way of Life in its entirety at: bit.ly/16S2es0 . Full press release below:

“That’s right, folks. Way Of Life is now available for download on iTunes, and to celebrate we’re releasing the opening segment from the film for free! This segment shows five minutes and thirty seconds of Sage Catabriga-Alosa flossing insane spine lines in Alaska. Sage has come a long way since he first started filming lines with TGR under the tutelage of Jeremy Nobis back in 2002, and he has without a doubt earned his place on the starting line of TGR’s 2013 ski film. He crushes lines to the tune of “DTV” by Natural Child while being filmed with the most sophisticated 4K aerial cinema system in the world. But it goes without saying that Sage wasn’t the only talented skier on this year’s crew. Whether it was Tim Durtschi and Dash Longe bringing A-grade tricks to terrifying backcountry lines, supergrom Daniel Tisi and Griffin Post dropping jaws in our backyard in the Tetons, or the US Freeskiing Team throwing down Olympic-level park tricks in Mammoth, Way of Life captures some of the most talented skiing from the past twelve months. If that sounds like the kind of thing that gets you stoked for winter, pick up Way of Life on iTunes for $12.99 (bit.ly/16S2es0) or our DVD/Blu-Ray combo pack for $29.99 (bit.ly/18hSOUy). Thanks to all of our fans for another great year in the life!”