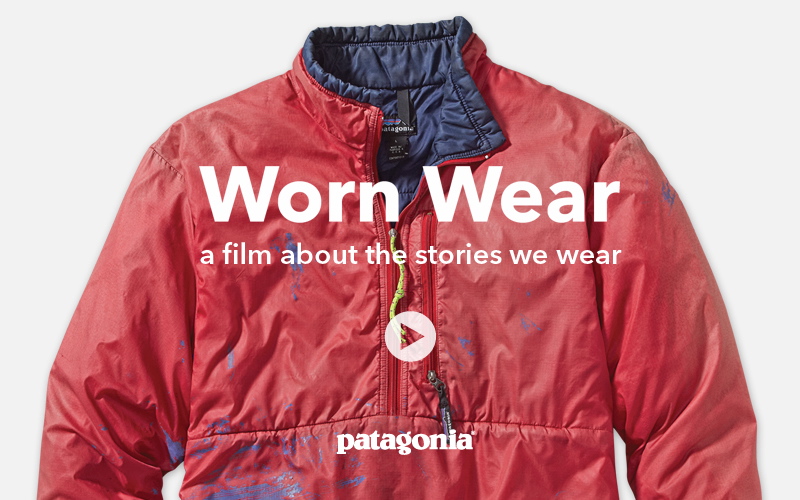 As a protest against the madness that is Black Friday (or now Black Thursday, for some retailers), Patagonia has teamed up with the Malloy family (Patagonia surf ambassadors) to release a short film, Worn Wear, promoting celebration of the things you already own and the life you already live. Taking us off the grid to a surf camp in Baja, Mexico; a family-owned maple syrup harvest in Contoocook, VT; an organic farm in Ojai, CA and into the lives of free souls and caring hearts around the world, including interviews with Yvon Chouinard, among others. Worn Wear shows us why we should celebrate what we have, rather than what some advertising campaign says we need.

Patagonia will show the film in 15 retail locations, all while releasing free repair guides–a colab with iFixit–for Patagonia clothing, the first of its kind. At any of these lucky shops, bring in your Patagonia gear that needs repairing and they will help you fix it up while enjoying a California Route, their new beer by New Belgium Brewery.