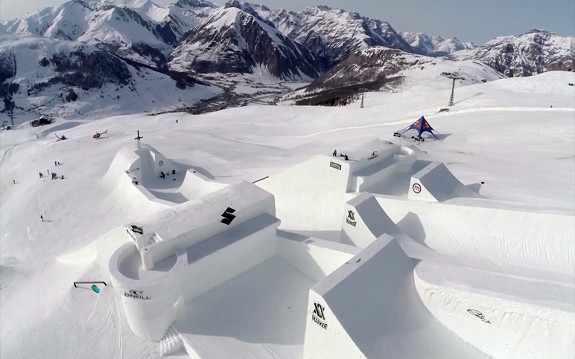 The Suzuki Nine Knights competition in Livigno, Italy is known as one of the quirkiest, most massive park events in history. From the perfectly shaped castle-esque feature to possibly the single most progressive session of the year, Nine Knights never fails to impress–and 2014 it lived up to that legend, with four different triple corks, countless backflips and more spins that a ferris wheel.