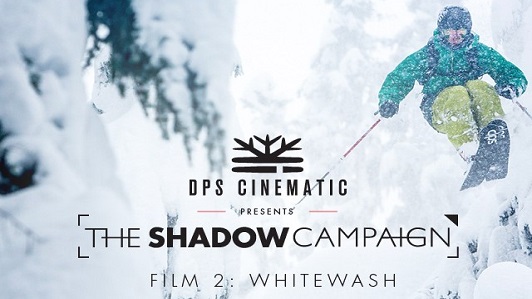 Born from a collaboration between DPS Skis founder Stephan Drake and Sweetgrass Productions’ Ben Sturgulewski, the idea behind DPS Cinematic began in Alaska during the making of Sweetgrass’s “Last Light.” Years later, that concept now takes the DPS crew to Washington State’s Mt. Baker, a land of surreal snowfalls and dark, pillowy forests, for the second episode of their The Shadow Campaign Series, “Whitewash.” Zack Giffin, Piers Solomon and Olof Larsson prove that Baker’s reputation is well deserved, as they dig deep during a classic PNW storm.

DPS will be releasing two more episodes of their Shadow Campaign Series, so keep your eyes out and your tips up.

The Shadow Campaign // Whitewash from DPS SKIS on Vimeo.