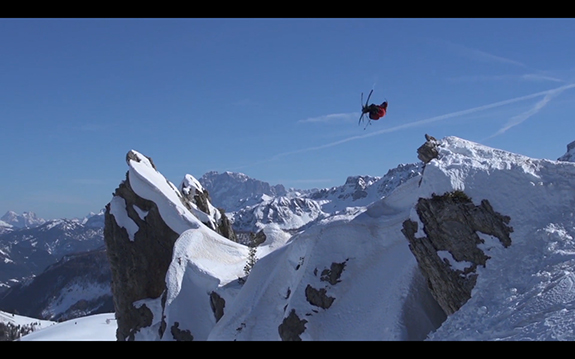 By now you probably know of the spinning, dread-head, steeze-muffin named Henrik Harlaut. The 23-year-old Swede has been recognized as an innovator and top competitor in the freestyle skiing world, taking gold in the Winter X Games and fifth place in the 2014 Olympic Games in Sochi, Russia. What you might not know, however, is that Harlaut isn’t just a park rider–he can slay backcountry and big mountain riding as well. Inspired Media’s new film Road to Zion documents Harlaut’s 2013/2014 season, sending cliffs and smashing pillows with style that would make Wu-Tang proud.