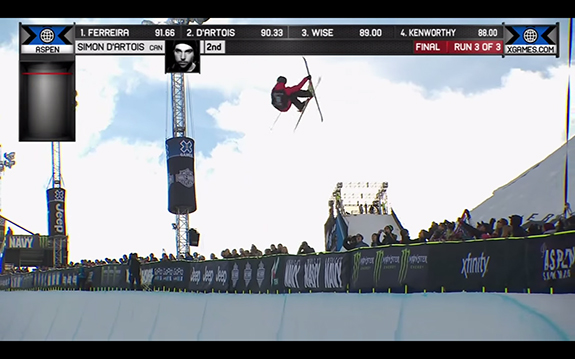 Claiming some of the best skiers in the world, it’s hard to believe that before yesterday Canada had never brought home a X Games gold in Superpipe, but with yesterday’s event in Aspen, CO, Simon d’Artois broke that streak. It takes a lot to win such a vaunted event. Not a problem for d’Artois, who kept style, amplitude and overall awesomeness throughout his run. Congrats Simon!

Kevin Rolland took a close second, only .77 behind D’Artois and Alex Ferreira followed up in third.