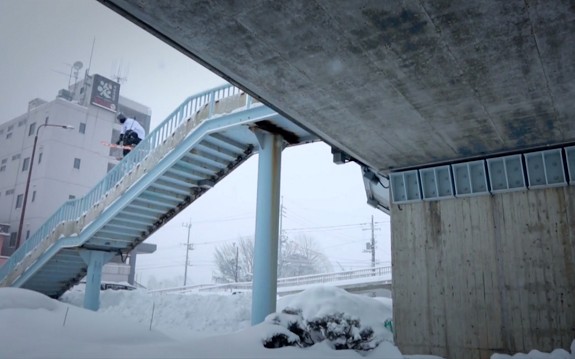 Last season, ON3P athletes John Ware, Luke Tanaka and Karl Fostvedt went to Japan to do some urban exploring. The skiing was a success–the trip itself was plagued by problems, including returning home with a corrupted hard drive and forgetting the backup drive in Japan. This season, Karl returned to Japan to ski–and returned to the States with the lost drive. This is the first of three episodes from that ill-fated first trip.

Midasu – The Forgotten Japan Footage – Part One: Machi from ON3P Skis on Vimeo.