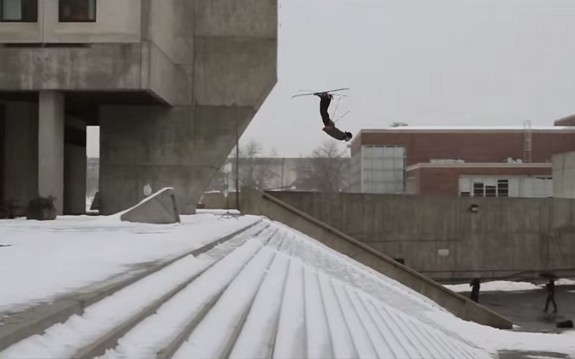 February of 2015 might have been a rough time for skiers in the western half of North America, but on the East Coast it was anything but. After massive amounts of snow fell in downtown Boston, Clayton Vila and Cam Riley–along with some cinematography magic from Teton Gravity Research–decided to take to the streets, turning one of the country’s oldest cities into a fresh new playground.

For a full feature on their trip, check out Issue 9.2.