Photo: Tim Peterson.
Our friends at Patagonia announced this morning that they will boycott future Outdoor Retailer shows in Utah following Gov. Gary Herbert’s call on President Donald Trump to repeal the 1.35 million-acre Bears Ears National Monument. A Patagonia spokeswoman, Corley Kenna, says Patagonia would be happy to come back to shows in Utah if Herbert were to change his stance on the issue, and urge congressional delegates to drop their opposition of the movement. However, they will not attend until that happens. We at The Ski Journal stand in solidarity with Patagonia and this action. 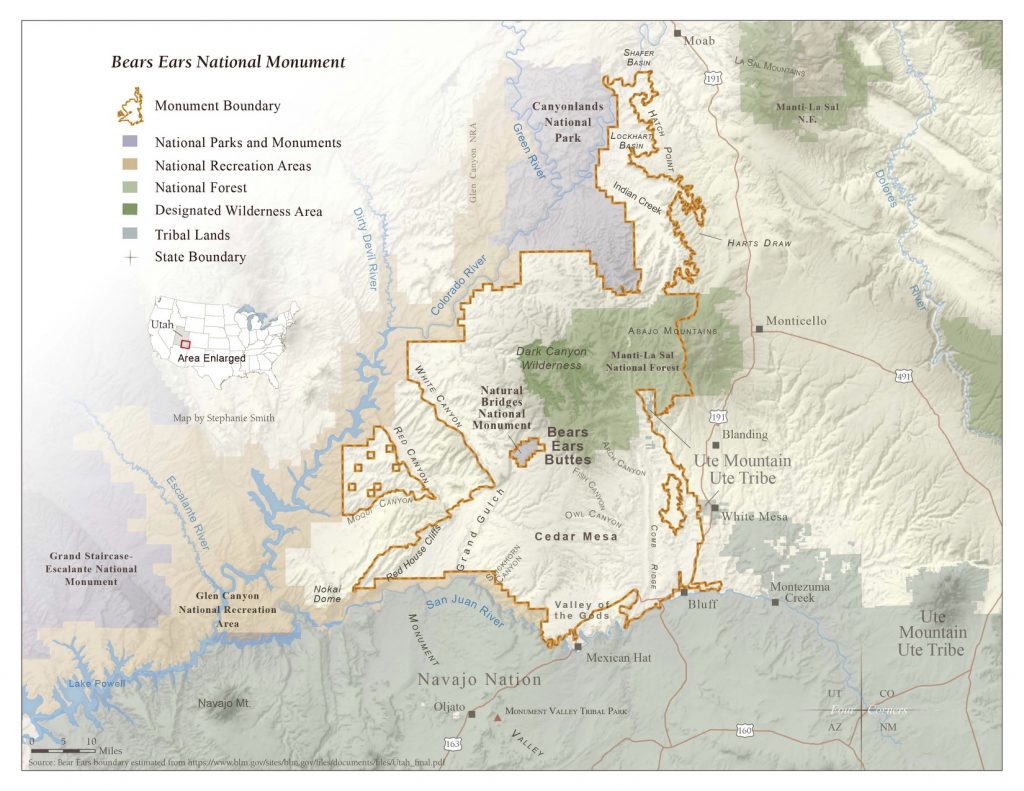 ABOVE A map of the Bears Ears National Monument, a 1.35 million-acre monument that was established by former President Barack Obama during the closing weeks of his presidency.

According to the press release sent out by Patagonia this morning, “Utah Gov. Gary Herbert signed a resolution on Friday urging the Trump administration to rescind the Bears Ears National Monument, making it clear that he and other Utah elected officials do not support public lands conservation nor do they value the economic benefits – $12 billion in consumer spending and 122,000 jobs – that the outdoor recreation industry brings to their state. Because of the hostile environment they have created and their blatant disregard for Bears Ears National Monument and other public lands, the backbone of our business, Patagonia will no longer attend the Outdoor Retailer show in Utah and we are confident other outdoor manufacturers and retailers will join us in moving our investment to a state that values our industry and promotes public lands conservation.” – Rose Marcario, President and CEO, Patagonia, Inc. Outdoor Retailer officials have stated that they will request proposals from other cities to host show when its current contract runs out with Utah in 2018.