Jackie Paaso has lived it all on the Freeride World Tour. From podiums and injuries, to near defeats and comebacks, the Bethel, Maine native has ridden a decade of ups and downs on the FWT. She even met her partner, 2012 FWT champion Reine Barkered, on the Tour, and the two have traveled and competed as husband and wife since 2016.

Still, when Paaso announced that the 2020 season would be her last with the competition series, she never expected it would end like this. After finishing second at the Ordino-Arcalis event (with another second-place finish already in her back pocket), Paaso saw her swan song cut short, the COVID-19 pandemic canceling the rest of the series, and throwing the world into indefinite limbo.

Yet, while Paaso has skied her last day on the Tour, but the 38-year-old has never actually stopped skiing. Though much of the Tour flew home to closed resorts and varying degrees of shelter-in-place restrictions, Paaso and Barkered returned to her adopted home of Sweden—a nation that, among many other concessions, continued spinning chairlifts throughout the pandemic.

We caught up with the big mountain athlete to hear more about skiing—and the complicated emotional web it weaves—while the rest of the globe grinds to a halt.

ABOVE Paaso has been a FWT staple for almost a decade. Photo: Calixte Rogeri/FWT

The Ski Journal: This your last year on the FWT, what did it feel like to have it ‘end’ like this? Any thoughts of a comeback?

Jackie Paaso: It’s kind of heartbreaking to have a chapter of my life that I have dedicated 11 years to end like this. I wanted one last shot at the overall and while it was a longshot, I still had a chance coming into the finals. I also had dreams of at least walking away with another Verbier Xtreme title. After all, that was going to be one of the best venues all season for my style of skiing.

I would be lying if I said this ending didn’t make me think about hanging in there for another season. However, I have a new project for 2021 that makes competing next year not really possible. In a way, staying on the FWT is the easy choice for me; it’s time for me to go out of my comfort zone again.

What did you do after the FWT canceled the rest of the season?

After the FWT was canceled, Reine and I went back home to Åre, Sweden. We had been traveling through a few COVID-19 hot spots, so we laid low for a few weeks.

From a ski perspective, how has Sweden been different than other ski zones in the world?

Sweden seemed to be in a bit of a bubble compared to the rest of the world.

Most of our friends back in the Alps and in North America were in, or soon to be in, lockdown. Meanwhile, in Sweden the ski resorts were open and it was business as usual, sort of.

When we did get back out on the hill, Reine and I were surprised how many people still acted like it was life before COVID-19. We tried to keep a distance from others while out on the slopes, but lift lines were challenging. There was one moment when the gondolas where still open and Reine was blocking the entrance to ensure that no one else joined us. Apparently, this action was not enough and I still had to yell, “Nej, nej, nej!”

It was pretty disappointing to see that many [skiers] couldn’t be responsible and simply keep a distance from others while out on the mountain. Soon after, the gondola and tram closed.

Unfortunately, Åre did receive some negative feedback. This resulted in an early closure right before two of the biggest weekends of the season. 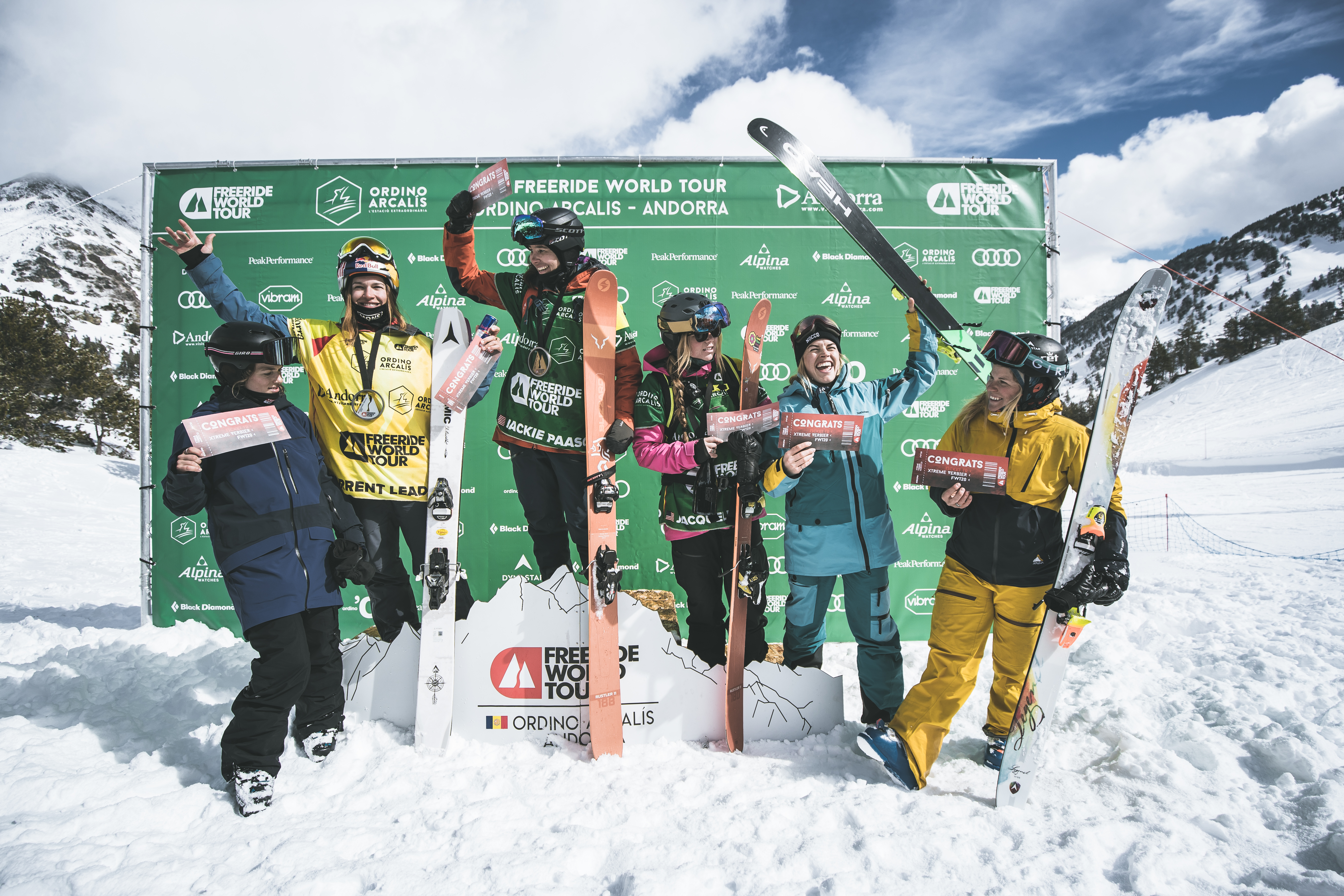 ABOVE In addition to winning the Ordino-Arcalis stop of the FWT in 2019, Paaso already had two podiums in 2020. Photo: Mia Knoll/FWT

So, since the home resort closed, what have you guys been up to?

When our home resort closed, we headed out into the backcountry. It was such an amazing ski season and in Sweden we had no lockdown, so it was still possible for us to get out into the mountains.

We always remembered that this was not the time to be pushing it. We headed out on a photo mission into the Sylarna Mountains and lucked out with the weather: four days of sun (that’s a big deal in Sweden). We stuck to our home mountains for a bit—training, going on a few more photo shoots, and visiting with some friends outside.

We visited Reine’s mom every now and then, but only outside and from a distance. It’s been strange because many things are maybe 90% normal and it can be easy to forget for a moment what’s going on.

In May, we learned that Riksgränsen in the far north of Sweden was reopening their booking system. The project that I’m working on for 2021 is going to involve a little bit of suffering, so I decided I need to toughen up a bit, biked 620 kilometers north while Reine followed me in the van (we drove the rest of the way, but scored some powder as well).

When we arrived in Riksgränsen, we ran into [FWT skier] Kristofer Turdell and his girlfriend Jenny Lilligren. They are also trying to salvage a lost winter and as a result we have teamed up with them and Fabian Omne to create a project up here in Riksgränsen.

What originally felt like a winter cut short has turned into one full of adventure late into the month of May and possibly longer because there is still so much snow.

What role has skiing played for you during these crazy times?

Skiing has been my escape from all the unknowns that are now our reality.

It’s been really important for me to have this escape. I’ve thought often of my friends that were forced to stay put in their homes for weeks. For me that would have been incredibly difficult and I know that many of my friends need to get outdoors like me to stay sane and happy. I’m very happy to see that a lot of them can get back outdoors again.

How are ski areas operating? Is it just business as usual?

In Sweden, Riksgränsen has been the only resort to stay open during this whole period. It’s not quite business as usual. They have capped lodging and ticket sales to avoid overcrowding and keep it possible to maintain a distance from those that are not part of your group. Everywhere you go you find antibacterial gel, tape on the floor reminding you to keep your distance, and staff going through the resort and disinfecting public areas. The only nightclub in Riksgränsen is not open.

This place is really just about skiing, which I think makes it a bit easier as opposed to other resorts that offer numerous places to eat, party, shop, etc. If you are in Riksgränsen, you are here to ski and enjoy the outdoors. 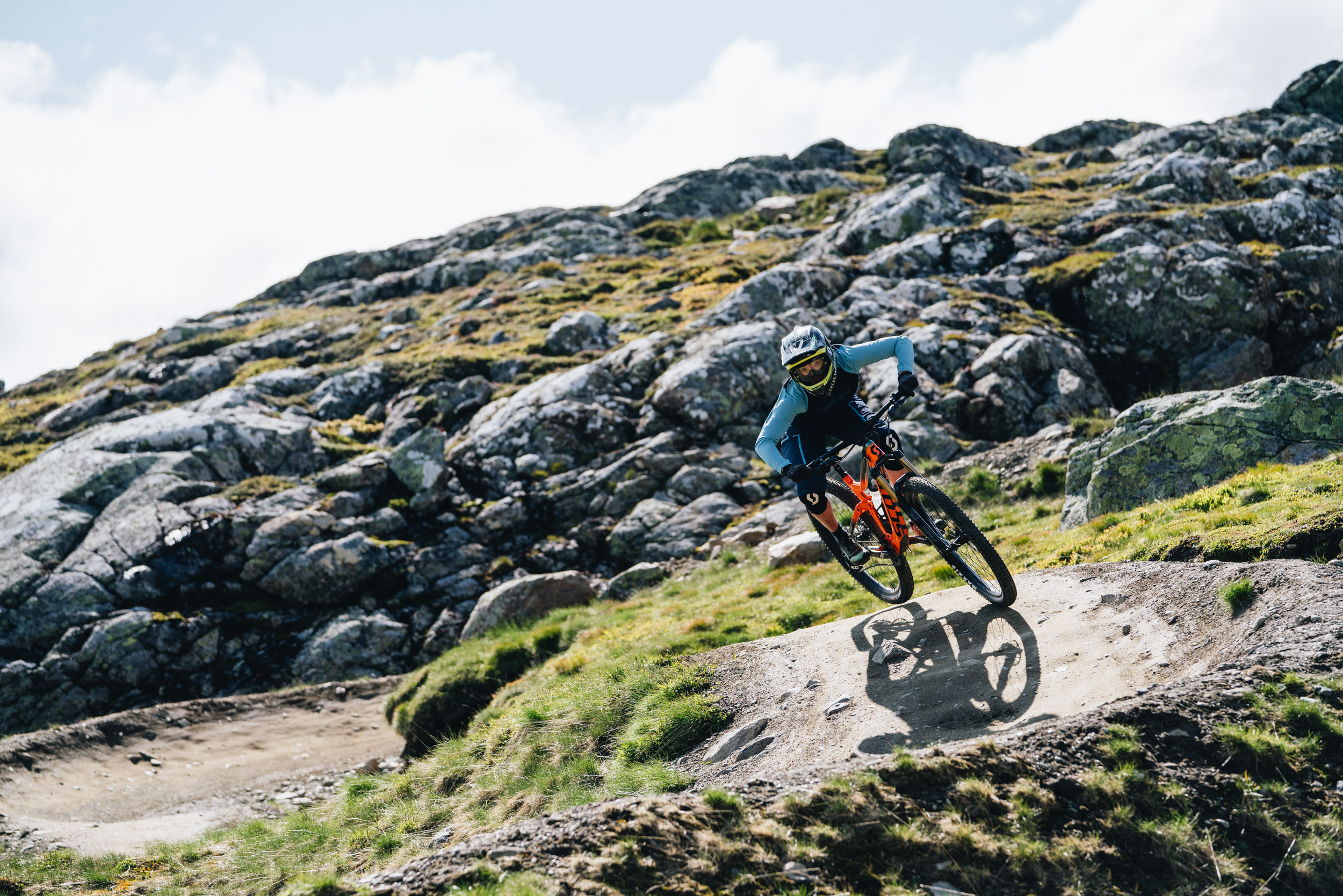 What does it feel like knowing that skiing in Sweden hasn’t really been interrupted while the rest of the ski world has shut down?

Well, we have been interrupted, just not as drastically as the rest of the world. I feel for my friends back home in Åre that have shops and hotels that rely on tourism. They all took a big hit missing out on the last few weeks of the winter.

Personally, I’ve felt a mix of guilt, relief, and stress that I am still able to get out and ski. I feel guilty that we can while others cannot. I’m relieved that I can [ski] because it is very important for me to be able to get outdoors and train for my mental health. I’m also stressed because I have no idea what the future will hold for a professional skier like myself.

You and Reine have established a life in Sweden, but how does it feel being far from home during this whole thing?

That part is very difficult. I had planned to head back home to the States to help out my father for a month or two. My mother passed away after a long battle with cancer last October, so it’s been very difficult for me to be so far away from my father and the rest of my family.

I have been receiving updates from the U.S. Embassy in Sweden, and a few weeks ago they said to go back to the U.S.A. now or plan to be in Sweden for the unforeseeable future. I’ve decided to stay in Sweden and I keep in contact with my father and sister daily. Fortunately, my brother lives near my father so he is not alone.

Still, it’s incredibly hard. I hope that I can get home to him this fall.

What has been one of your biggest positives to come out of this strange situation? Anything unexpected?

I think one of the most positive things to come out of this is that I get to explore more of this country that I now call home. I often get to explore all over the world, but there is so much more to see right in my own backyard.