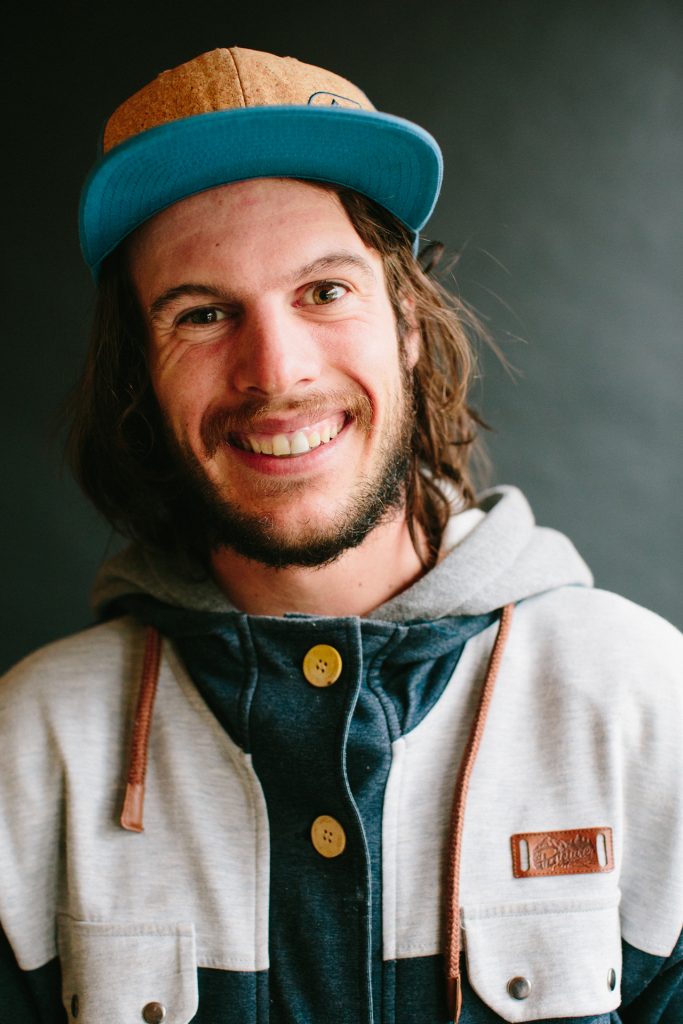 The wood walls of Leo Taillefer’s small cabin gave off a honey glow in the Val D’Isere sun, as I wrapped up my interview with the long-black-haired skier. “Anything else you’d like to add?” I ask. Leo’s brother, who had just entered the informal den a minute ago, blurted out, “He’s single!”

While his brother was referring to Leo’s romantic status, “single” is a good way to refer to his skiing style as well. Taillefer has shot plenty of normal video segments, but it’s his solo work that has blown him up on the freestyle scene. The Frenchman’s POV edits, uncut, full-mountain lines with airs and antics reminiscent of Candide Thovex, have won Taillefer numerous “GoPro Line of the Winter” awards and gone viral on forums and action sports sites across the web.

As for the reasoning behind the solo nature of his segments? Well, he’s just too damn fast for a stationary camera crew, and he’s having way too much fun to slow down.

Growing up in the 1990s in the French Alps, the 27-year-old Taillefer started his ski career surrounded by speedy racers getting their piste on. He eventually took to softer snow, but the speed remained. Even in day-to-day life, he barely has time to sit down, bouncing from activity to activity with an almost fiery passion. As I found out, if you’re 10 minutes late for an interview, he’s already moved on to something else.

However, once we sat down for the interview, he was not checking his watch. Like his skiing, he’s fast but also focused, an attribute that helps while working alongside his father on carpentry and construction. It’s a summer job he’s had most his adult life, since he abandoned school at 16 in favor of a ski career, a choice his parents supported. It wasn’t a very difficult one: Taillefer disliked the classrooms, preferring a career travelling and skiing.

Taillefer journeyed around the world for his segments with the Euro film company Gpsy Feelin. Viewers who’ve seen those clips will remember Taillefer flipping and spinning off multiple features in seamless lines, with an almost feline-esque ability to land on his feet—no matter what the speed, angle of landing or his position in the air.

But, like Candide, Taillefer still thinks there is no place like home, and his larger fame comes from filming at Val D’Isere. The best skiing, he says, is right where he grew up.

And it’s not just for winter. This summer, with his prize money from GoPro, Taillefer started paragliding, and picked up an electric assist bike for climbing the steep local terrain. “I’m lazy,” he says laughing. The uphill journey is just too slow for Taillefer. Speed is key.

For the future, Taillefer hopes to make his first trip to Alaska, and last April, he made the trip to Washington for LINE Ski’s Spring Break session at Washington State’s Summit at Snoqualmie. He has other ambitious, far-flung plans. But wherever he goes, one thing is certain: For the majority of the season you’ll find him at Val D’Isere, solo and with friends, enjoying some high-speed home-mountain shredding. 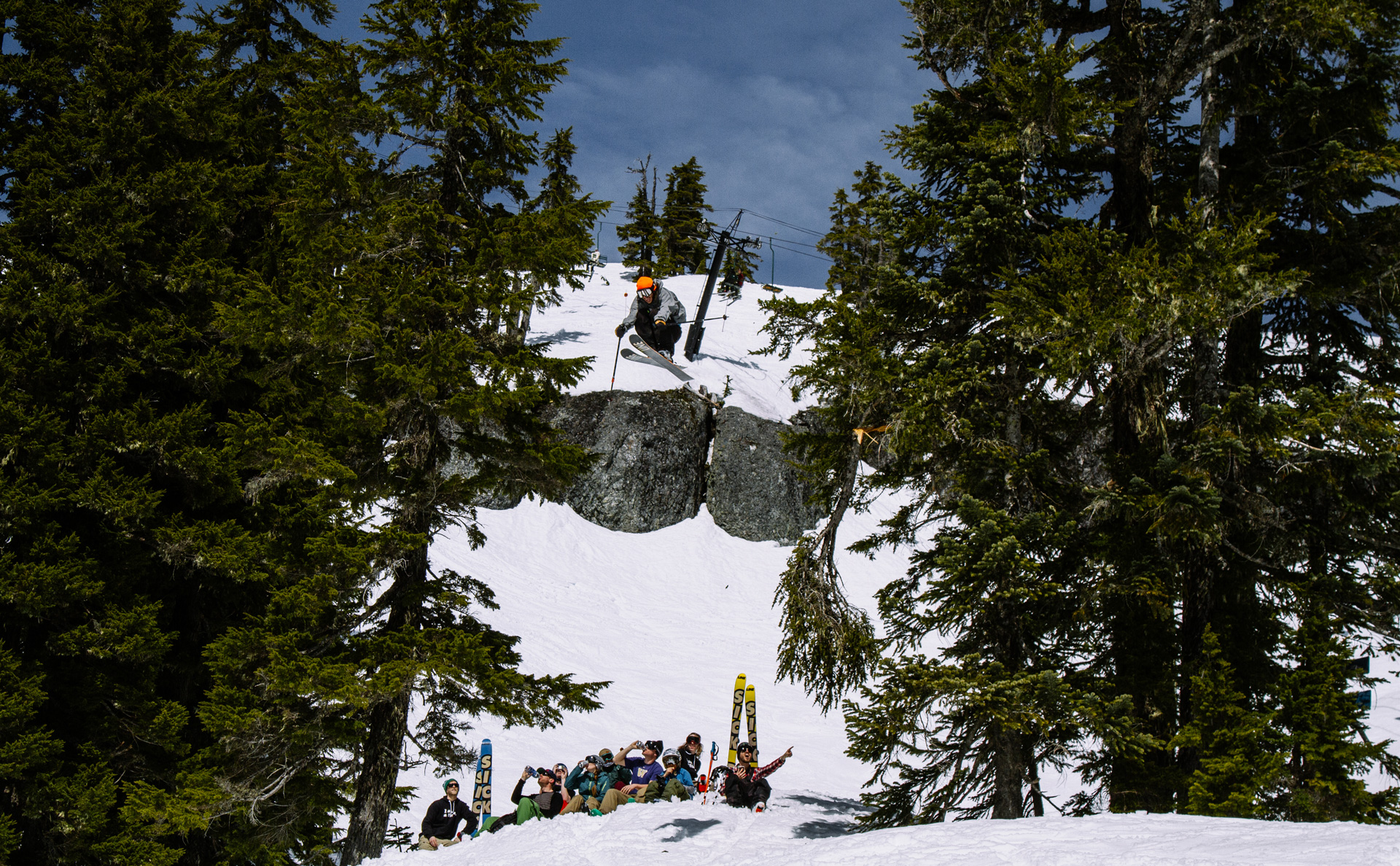 Will Beck: How did you get into skiing? And get into freeskiing?

Leo Taillefer: When I was a kid I raced at Val D’Isere. I was good but no champion, and when I turned 13 the first twin tips showed up. From the day I first saw those, I stopped racing, which was a big conflict with my parents. They were more open for me leaving school at 16 than the racing club at 13.

But it wasn’t all racing; when it was a powder day, we skied powder. With his job as a ski instructor, my dad knew where the snow was good, and so as we got older he’d bring us to the backcountry. But without the racing I wouldn’t be here now. My base comes from racing.

My parents thought there was no future in freeskiing, but I thought it was fun. My brother was a snowboarder so I started riding with him, and watched and copied the snowboarders to learn tricks. In the beginning, I’d just throw my body and say, “Yea that worked!” It was all improvisation coaching. 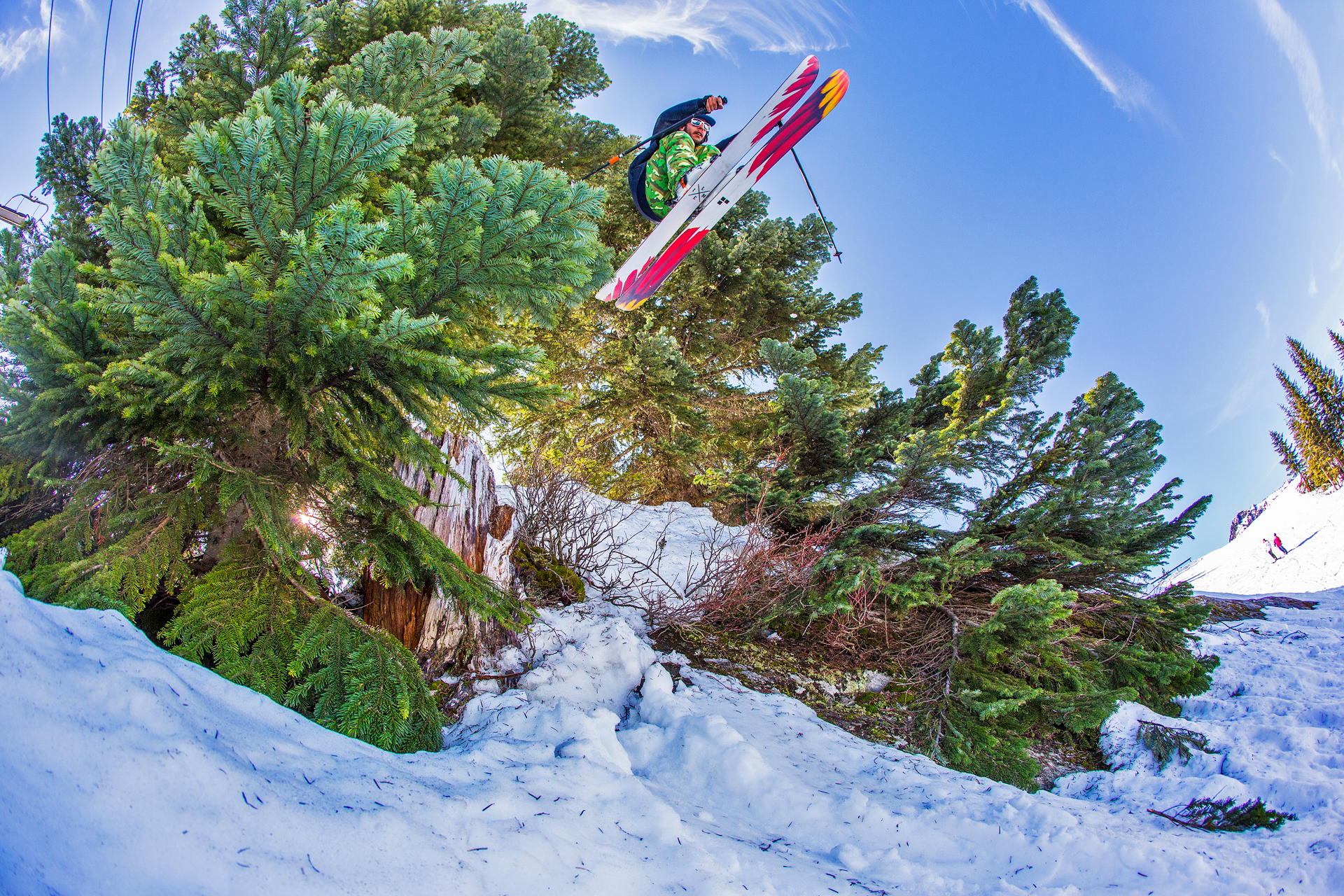 WB: Did you grow up skiing with a crew or friends?

LT: I learned to freeski with two really good friends from the neighboring resort of Tignes, and we really pushed each other. They actually saved my life when I was 16. Just before I stopped school I got caught in an avalanche, and was buried under 13 feet of snow for 40 minutes. Without those friends, I would not be here today.

WB: Who are your heroes?

LT: I think the video I watched the most when I was growing up was Poor Boyz Production’s “Happy Days.” Candide, Pep Fujas, Jon Olsson and Tanner Hall were my idols. I was trying to copy and learn skiers from all sorts of skiers—and snowboarders as well—to improve my skiing.

WB: Tell me about the Gpsy Feelin days.

LT: I spent nine years with that crew, and we made seven movies. The first film took three years to make, each year it got better and better. I was very happy that I started filming with them.

Recently, I’ve been just filming with GoPro at Val D’Isere, because I don’t have time to wait an hour after every shot to do another. GoPro was not super down to sign a contract, so I decided to redo the Line of the Winter this past season, because winning was the only way to get some money to help pay for my winter. I don’t know if that’s going to keep working for the long-term, but I hope it will. 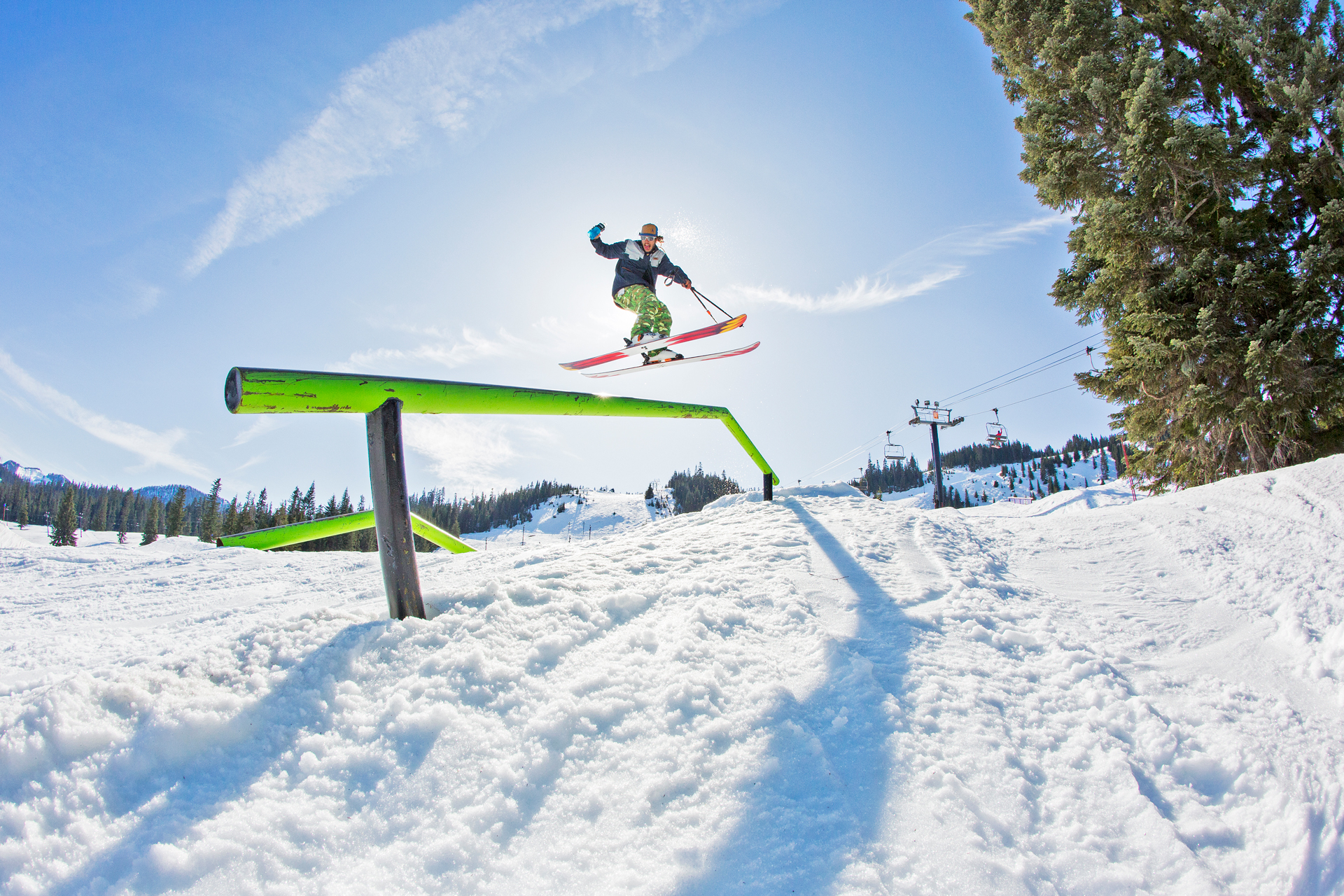 WB: Where does the yelling and shouting in your GoPro videos come from?

LT: With Gpsy Feelin, we never used a talky-walky. When we were ready to drop, we each had a strange noise we made so that the cameraman would know who was coming. For me it was the bird sound, like, “Caaw, caaw!”

WB: Unlike other edits in the internet, you hit multiple jumps in a row on the way down a line. Is that very difficult to build, so many hits in one non-stop run?

LT: Not really—at Val D’Isere, there are chairlifts that pretty much take you anywhere. But I’m only going to use skins for one of my lines next season. Snowmobiles are not allowed in France, so we will just hike and build as we go up. I already know I’m going to be really tired [laughs].

WB: Do the construction projects that you work on with your dad influence your creativity when building features on the hill?

LT: I think it’s helpful to know how to work with your hands, and it definitely adds to my creativity. While I’m working I have time to think about new stuff I can do that season.

But building with snow is way different than building with wood, and I love it—it’s crazy that you can build a kicker in an hour. I want to make bigger lines each time, and I my plan for upcoming projects is to build wood features during the summer—kind of like the Super Natural Project at Baldface Lodge.

LT: In France, if you ask for authorization first you’re never going to get it. If you don’t…well, you can jump from the biggest cliff and the ski patrol is going to tell you, “You’re probably going to die, so don’t do that,” but you won’t get in trouble.

I do get in trouble when I travel to the States—I recently got into some hot water in Breckenridge, CO. The ski patrol in the US are really German-style. I feel super free when I come back to France. 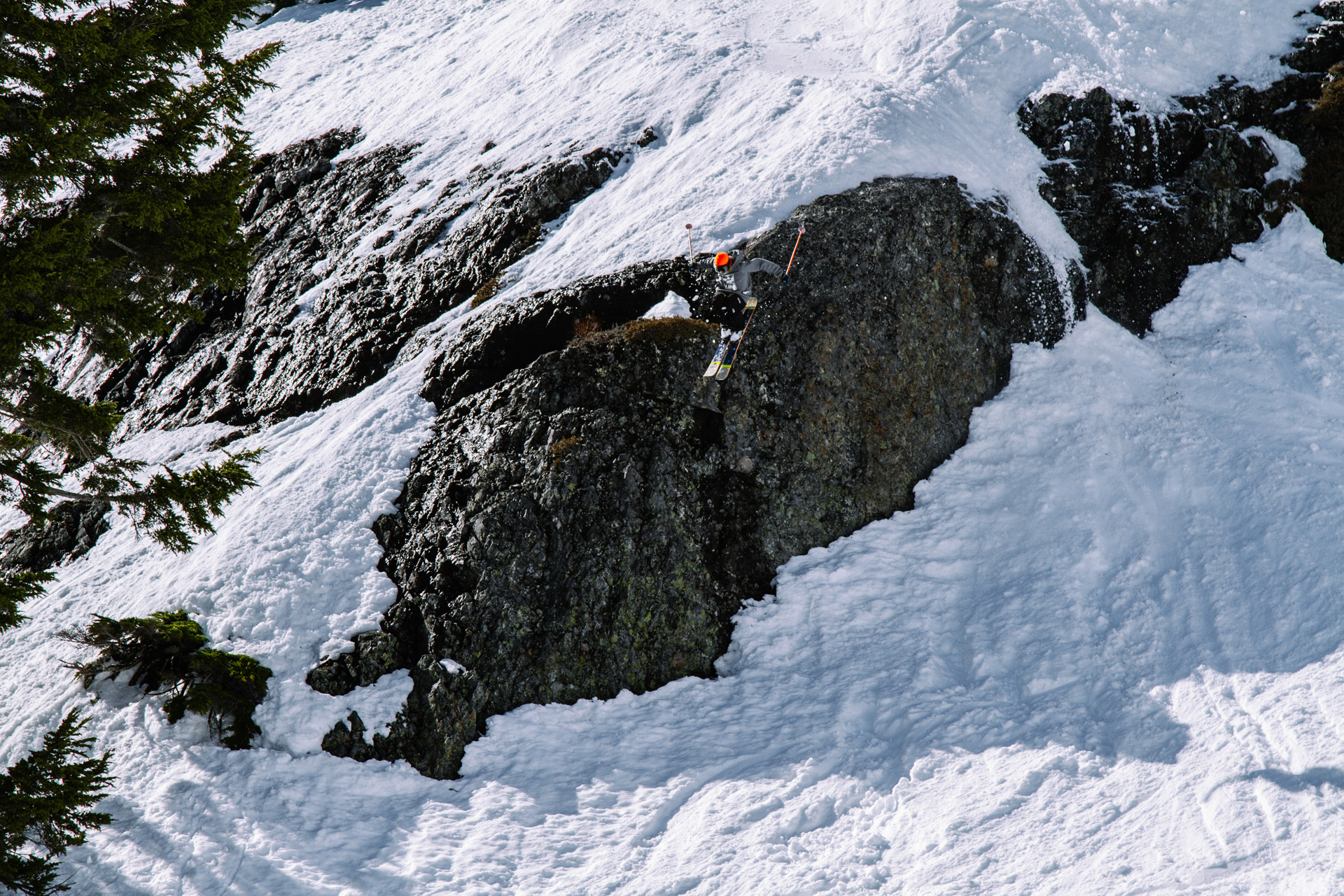 WB: Talk about Line Spring Break this past season.

LT: It was awesome. I love Washington State. It’s so peaceful, and I had such a good time over there—it was interesting meeting the American crew and great to ski with them, as a lot of them I’d only seen in videos. I’m super proud to be a part of LINE team. I’ve been with them for 10 years, and they actually listen to my feedback and let me help develop skis.

WB: How was it skiing with the US folks?

LT: It was really cool, especially with Dylan Siggers, someone I’ve always been impressed by. We became good friends during my time there, and I think we will work on a project together this next year; he has the same vision for skiing as I do, and the same vision for filming. Usually the biggest problem when I’m shooting is that my friends don’t follow me, but for the entire Spring Break it was either me behind Dylan or Dylan behind me. Super fun.

WB: In the summer, what do you for fun?

LT: Oh man…so many things. My new hobby is paragliding, and right now I have seven flights by myself. I try to wake up early before I fly, two hours earlier or so, and go climb the mountain I’m going to launch from.

I also use my electric bicycle quite a bit—you can go to the top of the mountain in 30 minutes, and then have fun on both the way up and the way down. My friends and I have also gotten into free-boarding, kind of like longboarding but with a different board setup.

WB: So you’ve been all over the world, and skied almost everywhere. Is Val D’Isere still you’re favorite?

LT: Definitely. My mother was a stewardess for AirFrance, so I was able to get really cheap tickets and travel a bunch, especially after I quit school. My plan was to learn through travelling, and I visited and skied 25 countries in 25 years. But the entire time I was coming back here, and every time I got home I thought, “Yea, this is the place.” And I still do. 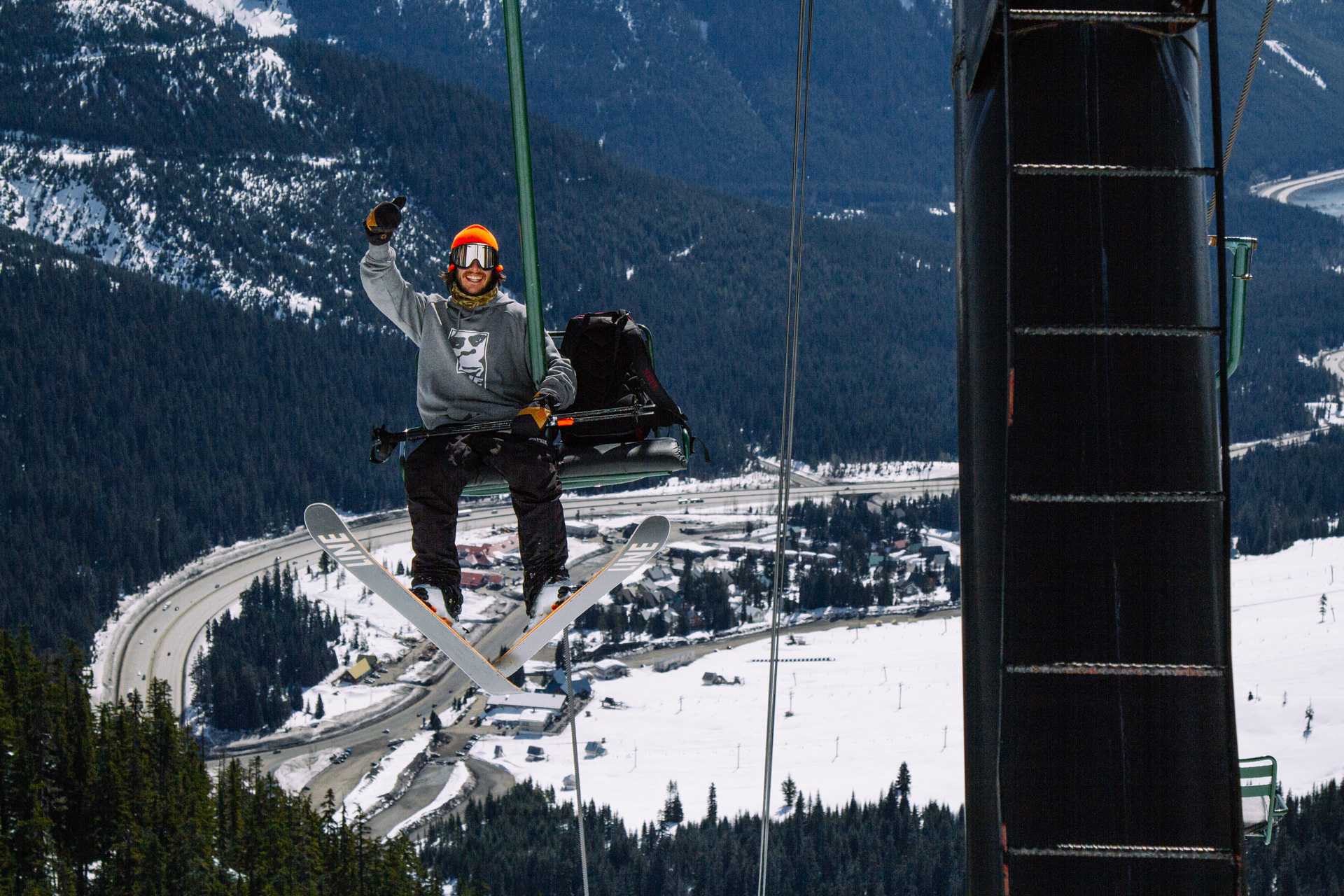