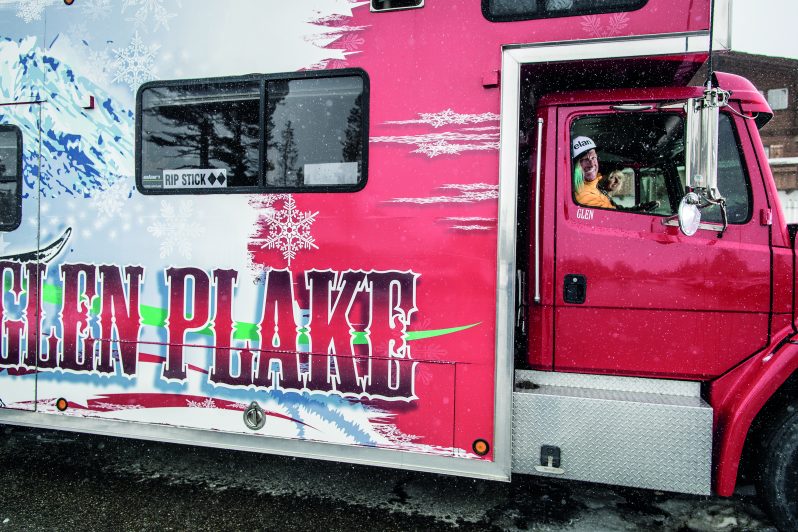 It’s late November and Glen Plake is strapping something down on top of his truck when I call him for an interview. His wife Kimberly says he’s been up there for a while and he probably won’t be down for a while.

“Can he call you back when he gets down?” she asks.

When he does call back, he’s a little exasperated. He’d intended to leave for his “Down Home Tour” (DHT) this week, but pushed the start date back because he was asked to be in a Warren Miller movie, which is filming in Canada in a few days.

“We’re supposedly going cat skiing so it probably won’t be the hardest thing to deal with,” he says with a laugh.

After the Warren Miller filming, he tells me his plan is to point ‘er East for the tour. ‘Plan,’ may be an overstatement, but he does have a few specific things on his winter hit list: he’s looking forward to skiing in Clevelend, OH—that cornerstone of ski destinations—and plans to hit Sugarloaf, in Maine, which he hasn’t skied before. He also hopes that by February, he’ll have time to drive and ski his way to Daytona, Florida so he can watch the Daytona 500.

If that seems like a strange winter program for one of skiing’s biggest names, you’re not wrong. But when that name is Glen Plake, ‘expect the unexpected’ seems like a good policy when anticipating what he might be up to next.

“People ask the dates of the tour, and first of all I didn’t even know when I was leaving and once I’m out there I’m not just going to drive a frickin’ semi across the country again because I’m done,” he says, alluding to the 38-foot Freightliner rig he uses for the tour, which he calls “Big Red.” 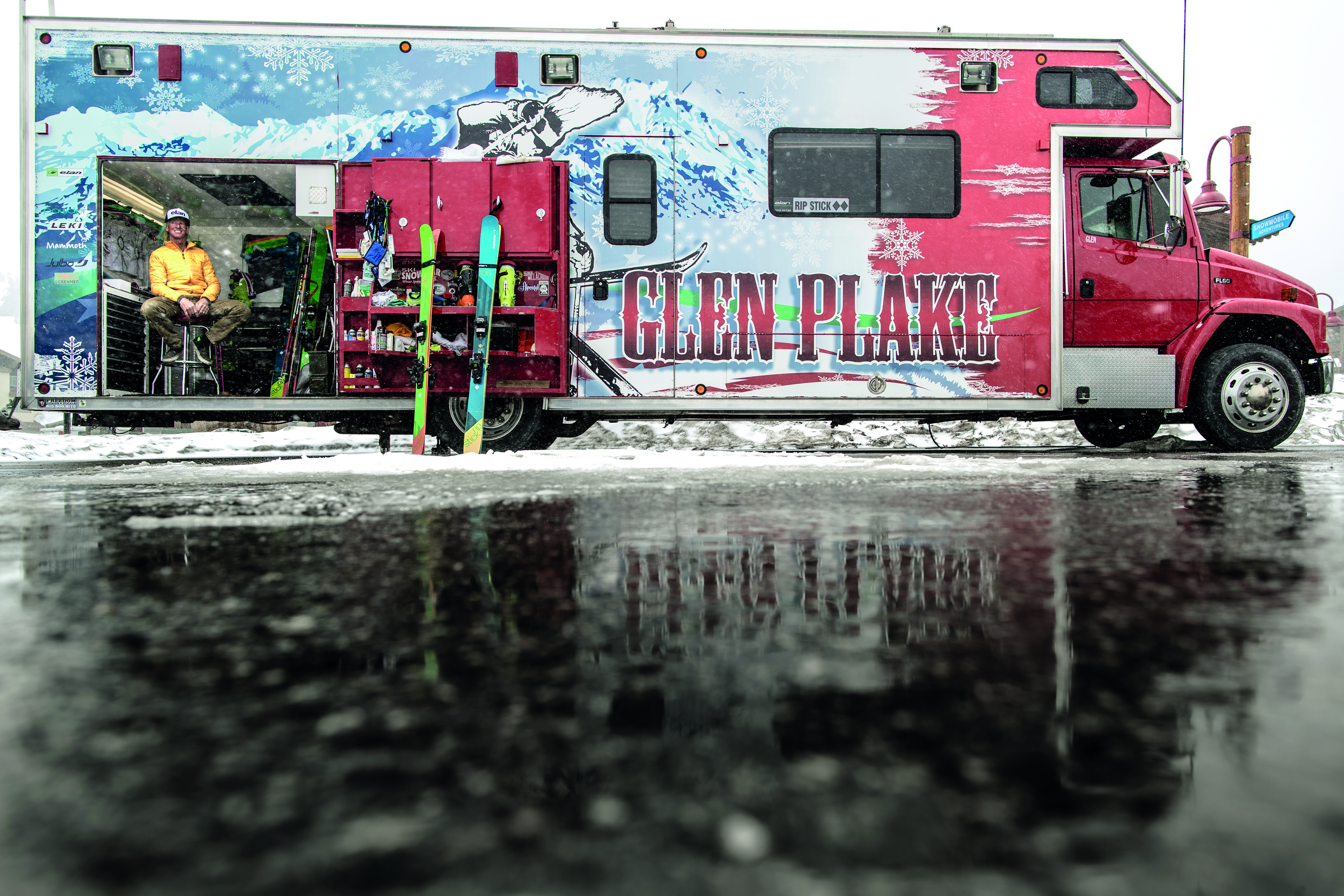 above If there’s anything we know about Glen Plake, it’s that he’s not really in the habit of flying under the radar—as demonstrated here. Photo courtesy of Elan Skis.

Operating on-the-fly is the mainstay of Plake’s Down Hour Tour, which he started in 1991 and has repeated eight times since. The tour has brought him to the southwest, the northwest, the northeast and the midwest, and he’s skied nearly 250 resorts along the way. Taken broadly, his stops mostly share the common denominator of being small, “geographically challenged” ski areas—the places with a couple slow double chairlifts accessing about the same amount of acreage as the bunny hill at their big western counterparts, places with little kids in Carhartt bibs, where you likely won’t find WiFi in the lodge. These are the places, he asserts, that make up the core of the ski industry.

“The smaller the mountain the larger the heart,” he says. “If you’re geographically gifted, obviously skiing is easy to enjoy; but if you’re in an area that is geographically challenged, skiing is a bit strange actually. I think that’s why when I come off these tours I’m as charged up as I am.”

“Charged up” seems to be standard operating procedure for Plake, which probably suffices to explain why he regularly spends entire winters in a semi, traveling to the smallest ski resorts he can find in Massachusetts or Wisconsin or North Carolina. But it goes beyond that.

“I was getting a bunch of fan mail from all these funny little ski areas—I never get any fan mail from Vail or Aspen, I get fan mail from Timber Ridge, Wisconsin or Holiday Valley, New York,” he says. “Most people are not from a major ski resort, even though the industry puts a lot of emphasis on those big resorts. Really, the ski area is where people are from.”

The first DHT over 26 years ago was posed as a honeymoon getaway for Glen and Kimberly, but turned into a 13,000-mile expedition that navigated 33 states and 50 resorts (all east of the Mississippi) over 68 days. His motivation for that trip?

“I needed an excuse to go on a ski trip that I wouldn’t be bothered on, and I didn’t want it to be commercially-driven, and I needed a huge block of time, so we used our honeymoon as our excuse,” he says. “We told no one we were coming and literally just hopscotched our way across the country with no rhyme or reason, skiing all these places—and the Down Home Tour was born.” 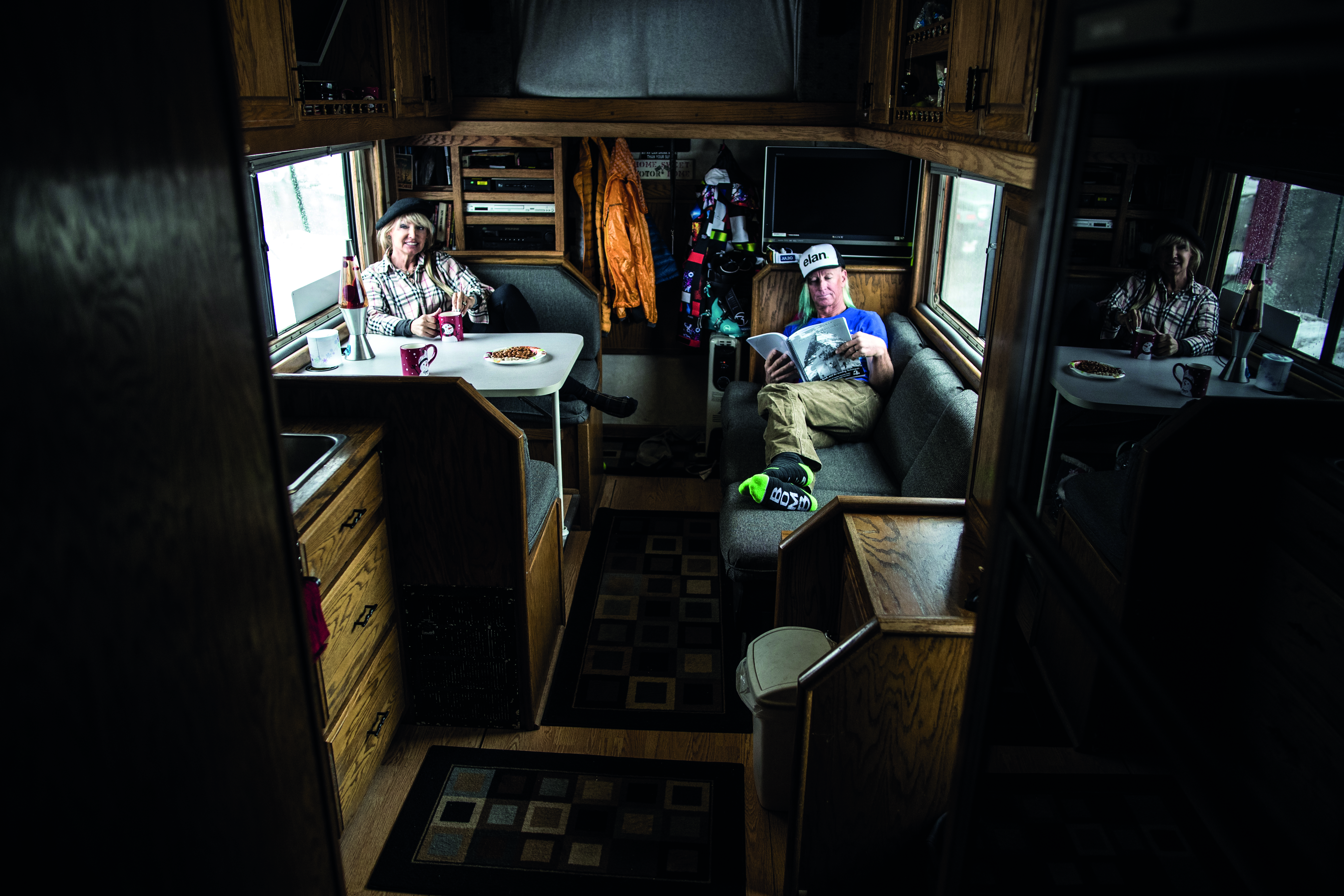 Since that first tour, Plake’s biggest goal has been to maintain the original authenticity of the event—which is to say, not telling anyone where they’re going, having no schedule and, perhaps most importantly, no sponsors. This has contributed to an admittedly “loose” operation, which, as it turns out, is exactly what Plake is going for.

“We keep it as non-structured as possible—I really want to protect the innocence of this thing,” he says. “This year particularly I was getting a lot of pressure to commercialize the tour and I basically told them to leave me alone.

“I just don’t want to be selling anything. I want it to be a genuine encounter. Like yes I have stuff to give away and yes I have some sponsors to help with costs, but we’re doing it on our own time—honestly I could just go sit in Chamonix and waste the winter away, but we truly enjoy doing this.”

This year’s tour will mostly take Plake and Kimberly through the lower Midwest en-route to the East Coast, and with goals to be in Daytona, Florida by February, he seems pretty set on a stop in North Carolina towards the end of the tour. Beyond that—you guessed it—it’s up in the air.

“We’re going to see where the snow is, and if there’s snow while we’re going through Indiana or something we might stop there,” he says. “I’m just looking forward to riding some chairs and skiing some runs—this is my chance to be a local for a day.”