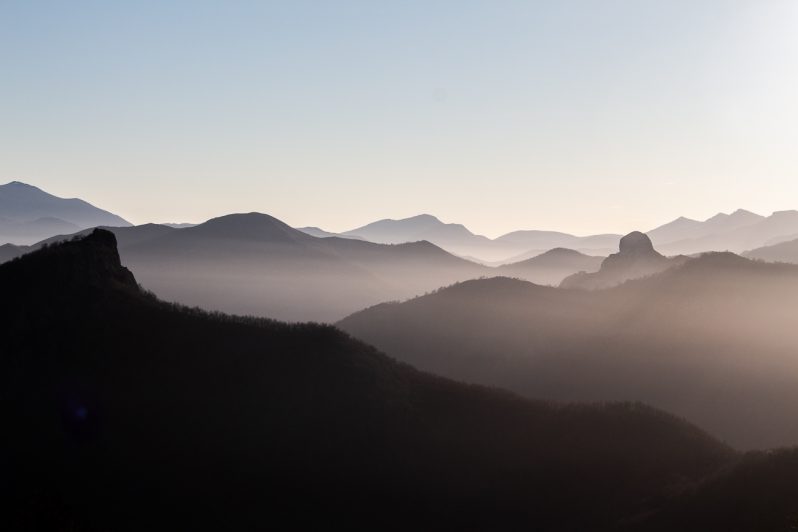 The plan was northern Italy.

Snow had been hard to come by in Europe all season, as, after a frenzy of early season storms, the faucet had shut off across the continent.

The deeply secluded valley a few hours north of Torino, Italy seemed to be the best last option—a tip from a friend with roots in the area and eager to show a wayward turn seeker his backyard. Snow looked scant but stable, making exploring far beyond the resort ropes in early March a distinct possibility. He’d meet me there, he said.

I booked my ticket a few weeks after the first reports came out of Wuhan—a foreign malady in a foreign place. My concern was trained on the European snow levels, and when I landed in Barcelona on February 26, it looked like the jet stream was finally breaking through the wall of high pressure strangling the continent’s ski season. 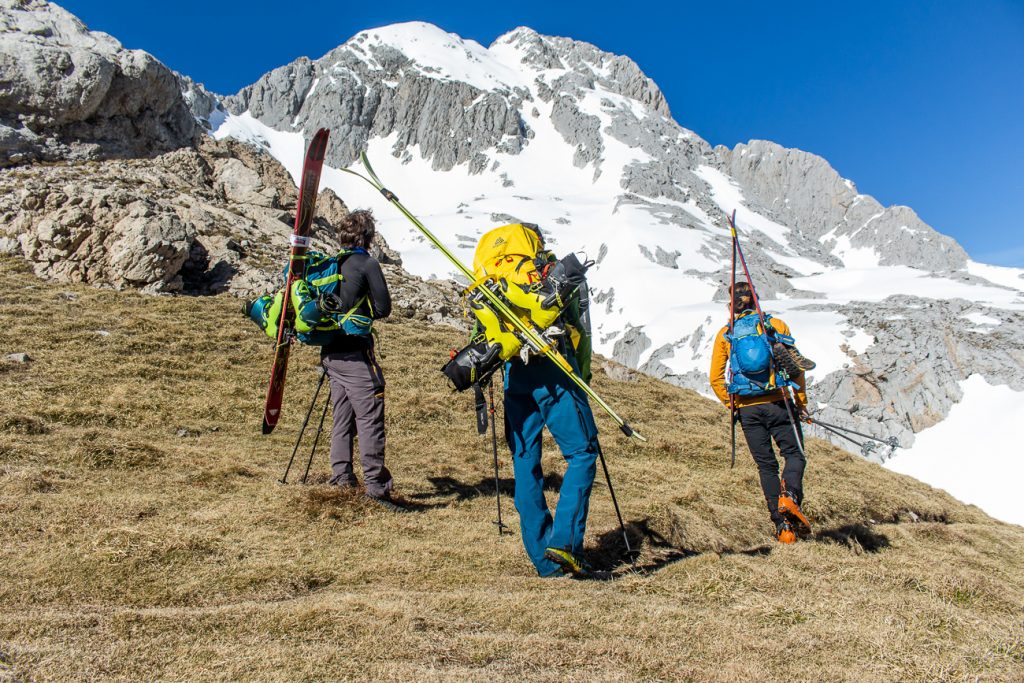 But snow wasn’t the only thing that had found its way into Europe. Coronavirus had landed in Italy—first in Rome before north to Milan and Lombardy. The latter left me uneasy as I made my way into Spanish Basque Country, my old home turned temporary base camp.

As I dialed in last-second trip logistics, reconnecting with old friends and drinking sidra in buzzing outdoor plazas, the numbers of sick from Italy filtered in, quicker and larger by the day.

The uneasiness had dropped a pit in my stomach. This wasn’t normal. Was it?

All the while, Basque life ebbed and flowed to the lively current of festivals, soccer matches, and late-night bar crawls. I tried to subdue my anxiety. A lot of the action seemed concentrated in the northeast of Italy—we were headed to the northwest. I shot a series of Facebook messages to my friend. What were people on the ground saying? Answers came back vague and uncertain. The pit grew.

I’d pulled off plenty of sketchy shit in the name of work—arguing our way past border patrol guards in locked-down Western China, bartering with Hezbollah on a Lebanese beach—but this felt different, faceless, out of control.

Time to look for alternatives. If Italy was out, maybe I could head to the Alps? But that meant getting on a plane, and with many of the cases coming from abroad, the airport petri dish seemed like a scary place to be.

I’d had my eyes on a remote Spanish mountain chain for years, and I could make that happen in a rental car. Reaching out to every number in my Spanish phone, I eventually made contact with a local hostel owner, Julio. He said that snow was low, but that they were still skiing up in the alpine. Done. I shot my friend an apologetic Facebook message and closed the door on Italy. 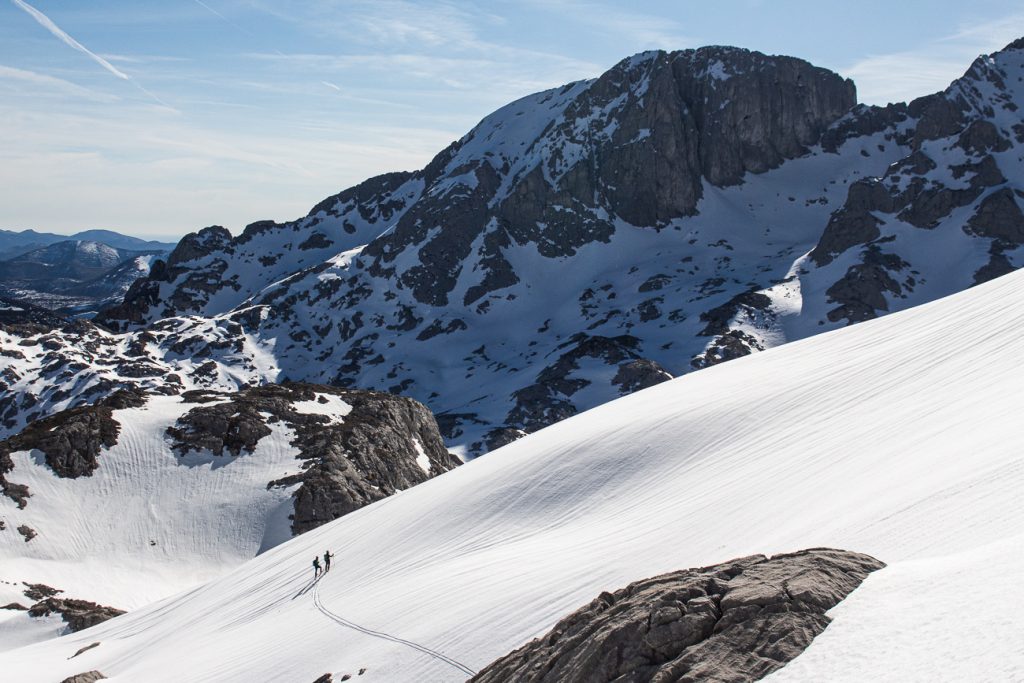 ABOVE A thousand meters above, a world away. Photo: Kade Krichko

During that time, the virus had crept its way across Europe, germinating in the Spanish capital of Madrid before tightening its grip on the Iberian Peninsula. It had found its way back home too, claiming its first victims in Seattle. I kept my eyes on the rising numbers, nervous, but feeling like I just needed to get into the hills. This is a city thing, you’ll be safe up there, I kept reassuring myself.

I woke up early Wednesday, ignored my newsfeed, and drove three hours to the mountains in tranquil solitude. It was a far-cry from the doom-and-gloom headlines, the shutdowns, and the paranoia that had been making each day tenser than the last. The range opened up in front of me, welcoming me into a familiar bear hug of crisp air and warm light.

I can’t remember a more peaceful day on skis. Julio met me along a gravel pull-out above his village, his long hair pulled back to reveal a sun-stretched smile. Along with his friends Alberto and Fernando, we secured skis to packs, hiking our way into gnarled forest toward the snow line. Slapping on skins, we chatted about the group’s upcoming backcountry ski clinic—the crew’s biggest money maker of the year—as we rose through limestone-lined hallways of thawing spring corn. We ate chorizo and sheep’s milk cheese and shared a fresh baguette, watching the shadows of steep peaks tickle the valley floor below. The mood was light and fluid, as if we had skied into an impenetrable alpine fortress unscathed by the chaos below. We made plans to meet up that weekend, to enjoy the last moments of the clinic as a group. After a brutally-Euro uphill pace, I savored every creamy turn on the way down.

Reality hit in a blip of cell phone coverage. Simultaneously, we reached for our phones, but it was Julio’s face that was the first to fall. He muttered in Spanish to the effect of, “We lost Madrid.” Most of his clinic had been coming up from the nation’s capital, but the group relayed that things were moving toward total shutdown—they were afraid to leave and not be able to come back. Fernando read a message aloud from the team’s fourth guide, who had come down with the flu—or something like it— and didn’t want to risk getting anyone sick. I had messages of my own, Madrid friends telling me to cancel my upcoming trip to the city, that things were spiraling. We might have escaped the madness for an afternoon, but the world had caught up at mid-mountain. 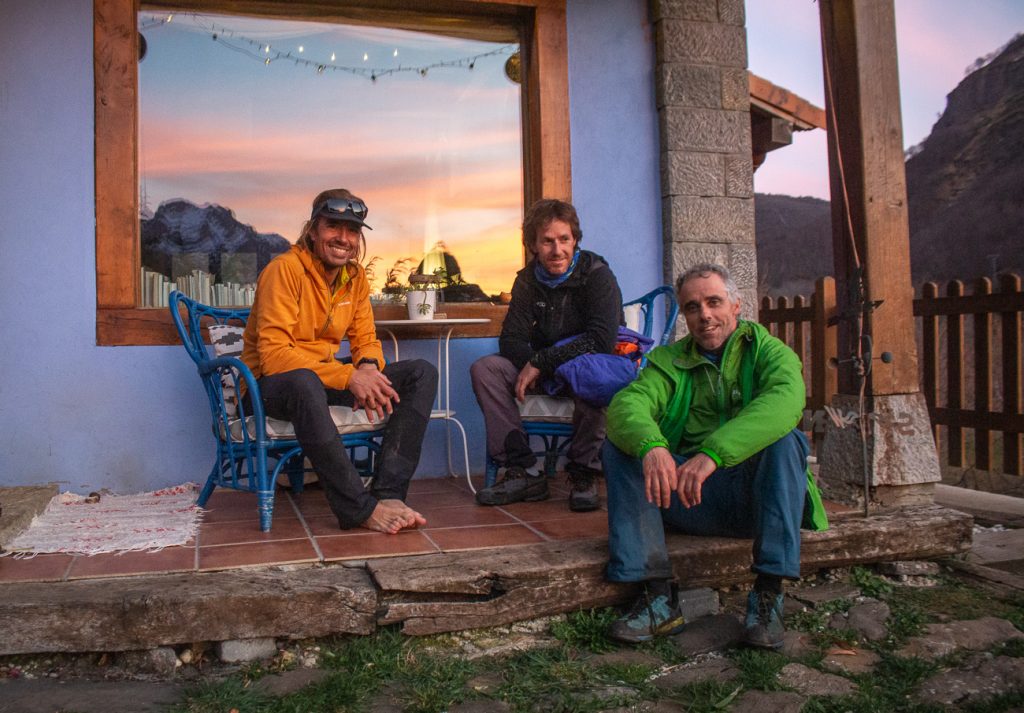 ABOVE Julio, Fernando, and Alberto enjoying a final moment of peace before the coronavirus curtain descends on Spain. Photo: Kade Krichko

We each sipped a lone beer on Julio’s porch before parting ways, our well-laid plans unraveling by the text message. A few hours later, President Trump would unveil a sweeping European travel ban, and as I sat alone in my AirBnb-ed twin bed, I knew my trip was over.

I spent the next morning weaving my way through airline customer service hell, securing the last flight out before the reckoning. I sweatily scrambled to get out of town, my world narrowing to a singular airport gate. After finally catching my breath on the layover in Paris, a Julio audio message popped through on my Whatsapp: Spain was locking down, he and his wife were going to ride out the storm from their protected valley. The mountains would be there. Skiing would have to wait. Slinging my boots over my shoulder, I shakily boarded the plane, bound toward home and the new unknown.