It’s mid-summer in Salt Lake City, UT and the heat is oppressive. Dan Gates sweats as he wrenches on a 1979 Thiokol Imp Snowcat, the smells of engine oil, axle grease, and diesel fuel thick in the air of his small shop.

Snow is a long way off, but for a snowcat mechanic like Gates, this is busy season. As owner of the Salt Lake City-based shop, Snowcat Service, Gates, 40, is one of the go-to vintage snowcat mechanics in the Mountain West.

For many snowcat owners, the appeal of these vintage cats is largely financial—while new people mover-style cats start at around $150,000, solid and reliable vintage cats can be found in the $10,000 to $50,000 range. But for aficionados of old cats like Gates, there’s more to the appeal than just cost.

“They are super fun, cool machines,” he says. “Just good old-fashioned technology. They operate on tractor technology from the 60s, but they still just work amazingly well.” He adds that with a carbureted engine, he just needs fuel, some air a spark to get an old engine to run. “They’re all mechanical, and they really are simple machines—maybe not all the creature comforts those new ones have, but they serve the purpose. Once you get these things going, they rarely have issues if you keep up on the maintenance.” 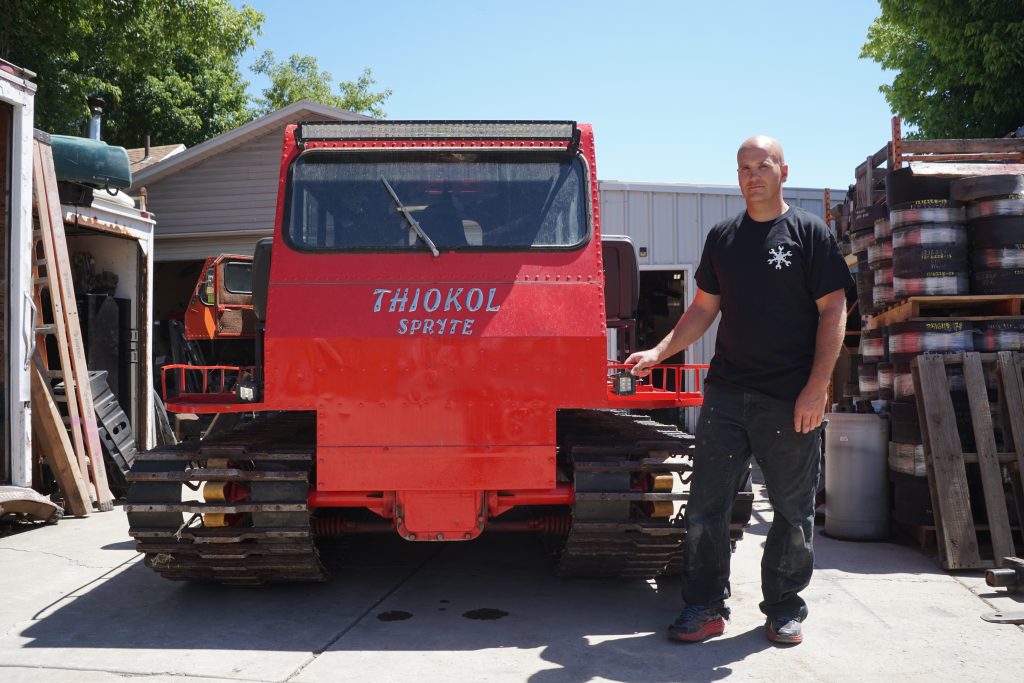 Gates’ customers include some backcountry skiers, utility companies, railroads, and mines, but the vast majority are cabin owners who’ve shuttled back and forth on snowmobiles for long enough that they’re ready for an upgrade. While most of his business consists of general maintenance and repairs, as well as wintertime rescues of broken down cats up in the mountains, it’s the full-on restorations that he most enjoys about the job.

“It’s fun to take something that’s all beaten up, clapped out, and barely running, and then bring it back to life and make it a cool, utilitarian, usable machine,” he says.

Gates has been a self-described motorhead, as well as a skier, his whole life. But he got into snowcats in the same way many of his customers do, as a way to get to his family’s cabin in Albion Basin near Alta, UT.

He fixed up that first cat and made a profit selling it to buy a different one. The business progressed from there. Thirteen years later, Gates balances his snowcat business with his other job as a full-time firefighter.

A few years ago, Gates purchased the remaining parts inventory of the now defunct Utah-based snowcat brand, Thiokol, including thousands of technical drawings detailing every part on every cat Thiokol ever made. He also purchased a snowcat scrapyard from the estate of another well-known mechanic that passed away. Gates is now the guy to call for the thousands of Thiokol owners around the globe when a part breaks. If Gates doesn’t have a replacement part on hand, he can find the original drawing of the part and either build a replacement himself or have one fabricated. 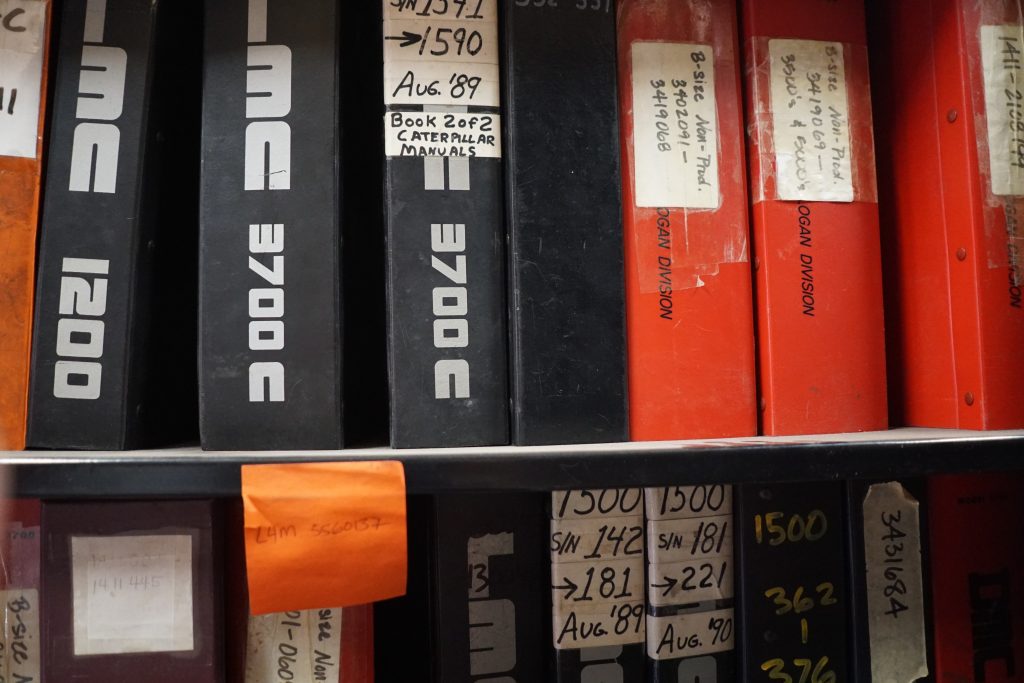 ABOVEGot a cat problem? Gates has a plan (and a part) for that. Gates has manuals dedicated to decades worth of snowcat designs and models. Photo: Colin Clancy

While many a skier has ogled the utilitarian steel of one of these old cats and imagined where it could take them, Gates says that for the vast majority of backcountry skiers, a snowcat is probably not their most practical mode of transportation.

“You look at this snowcat and think ‘I can go anywhere,’” he says. “But that’s not the case. You’ve got to build a road, and you need to be really spun up on being an operator and knowing your avalanche stuff. It’s not something where you can just say, ‘I’m going to the top of that mountain,’ and you point it uphill.“

That’s not to say that there aren’t skiers among Gates’ clientele. Lots of his clients do utilize these old cats to access the backcountry. He’s worked on cats for many people with access to skiing via maintained cat roads, and for people who utilize snowcats to access huts and cabins that then act as basecamp for human-powered ski touring.

In fact, it’s his own family cabin near Alta that he finds most appealing about owning a vintage cat. Every winter, a well-maintained snowcat is what turns his place from an inaccessible summertime-only cabin into a cat-accessed, ski-in-ski-out sanctuary. For the man willing to throw in a little extra elbow grease, it’s an enviable payoff measured in unchallenged powder bliss. And it all started with a cat.