All the gear, snacks and diapers needed to give young kids a full day on the slopes weigh a ton, but the often-overlooked emotional load is even higher. That’s a different weight entirely, and a journey explored by pro skiers Izzy Lynch and Tessa Treadway in the aptly titled 2020 Arc’teryx film, Motherload. And a new four-part series called This Is The Motherload, the first episode of which can be seen above, explores the evolution of Lynch and Treadway’s adventures in parenting. 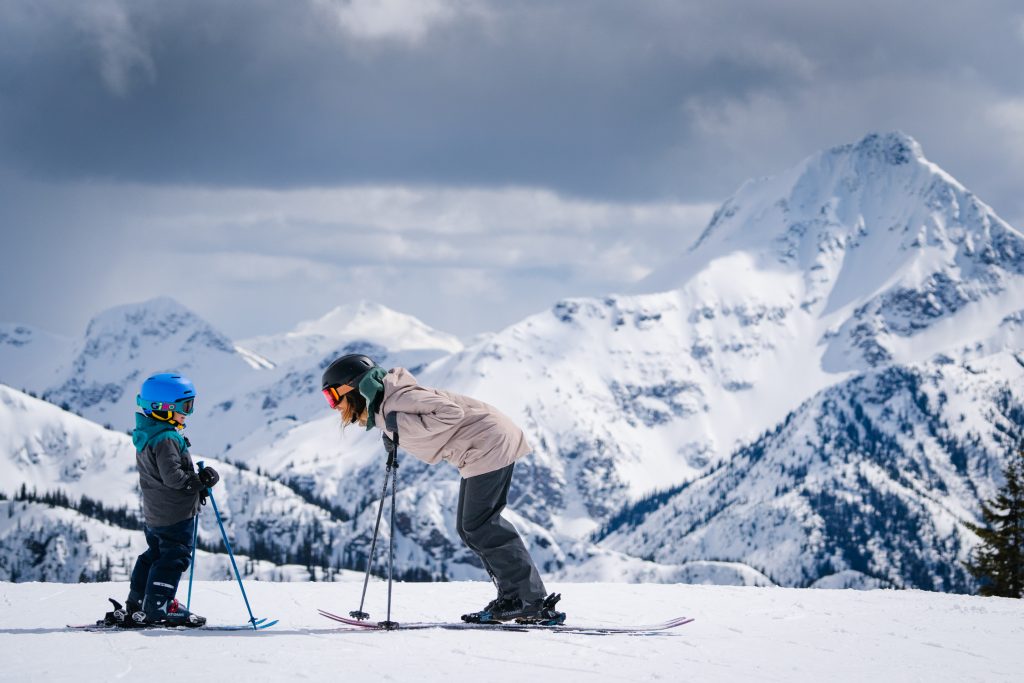 ABOVE Izzy Lynch and her son, Knox, organize a little pregame huddle before dropping in at Revelstoke Mountain Resort, BC. Photo: Zoya Lynch

“Motherload is so many things,” says Lynch. “Dressing your kids. Getting them out the door. It’s packing all the stuff. Not forgetting those little tiny mittens…It’s wondering if you’re doing the right thing for them all the time…just strapping it all on your back and putting one foot in front of the other.”

The film, following Lynch and Treadway’s daily lives, focuses on the pressure and sacrifice of motherhood and the challenges of raising young children to love and appreciate the outdoors. Made in the wake of Lynch’s divorce and the tragic 2019 death of Treadway’s husband, pro-skier Dave Treadway, Motherload doesn’t shy away from emotional heft, but it takes on a beautiful and hopeful tone. It’s built for both parents and non-parents alike.

This is the Motherload follows Lynch and Treadway through all four seasons of adventure parenting—from biking, to hiking in the high alpine, to camping, to more skiing, all while exploring the importance of community. 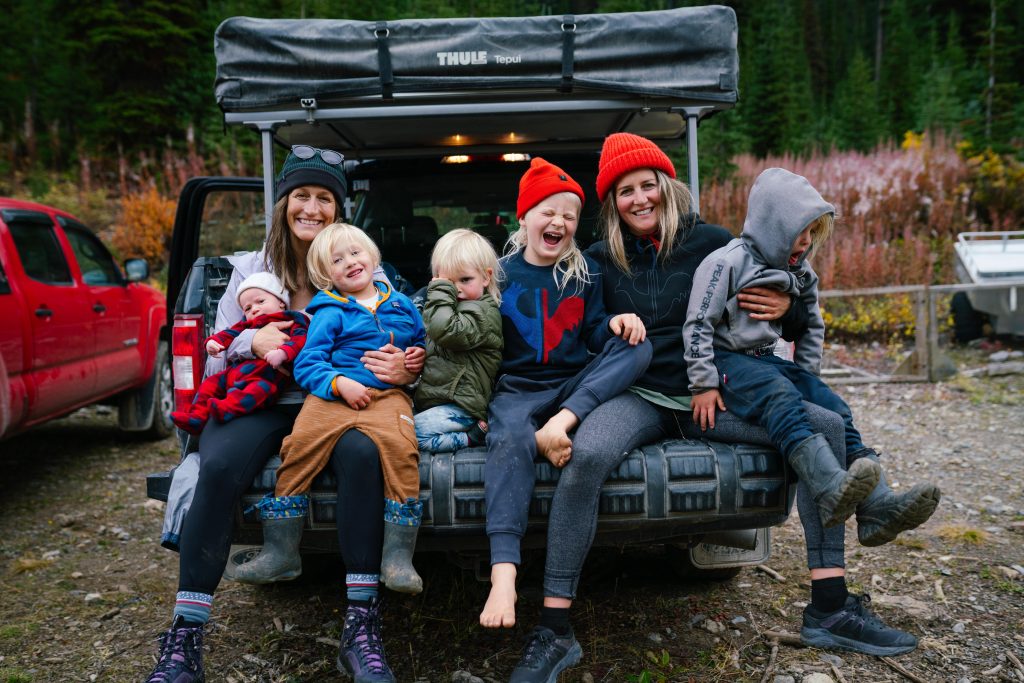 ABOVE With five young rippers to contend with between the two of them, Lynch and Treadway may have their hands full, but both would say the juice has been worth the squeeze. Photo: Zoya Lynch

It “gives a deeper dive into the realities of so-called ‘adventure parenting’ and is a bit of a continuation of Motherload and the theme of healing through being in the outdoors,” Izzy says.

The series portrays a raw and real look at the amount of effort it takes—and the rewards reaps—to give children the experiences of outdoor adventure.

When the original film came out nearly two years ago, Lynch and Treadway thought it would resonate with adventurous moms. The reaction, though, has gone far beyond that demographic. They’ve been astounded by the reaction from everyone from young single men to couples with no plans to have kids.

“It’s been really cool to hear how widespread of an impact it’s had on anyone who feels connected to the outdoors,” Lynch says. “We were all introduced to the outdoors by somebody, and for a lot of us, it was our parents. That’s why people are liking it, beyond just the mommy content.”

For Lynch, one of the goals of the four episodes is to show both the good and the bad, including the gritty, messy and unpleasant aspects of adventure parenting such as long drives and the occasional logging road diaper change.

“I think things like Instagram often portray that it all goes super smooth and that we’re out here all the time and living our best lives, just crushing it,” Lynch says. “But in reality, everything goes wrong all the time. We’re always adapting, we’re always dealing with the same meltdowns and challenges of what every parent deals with.” 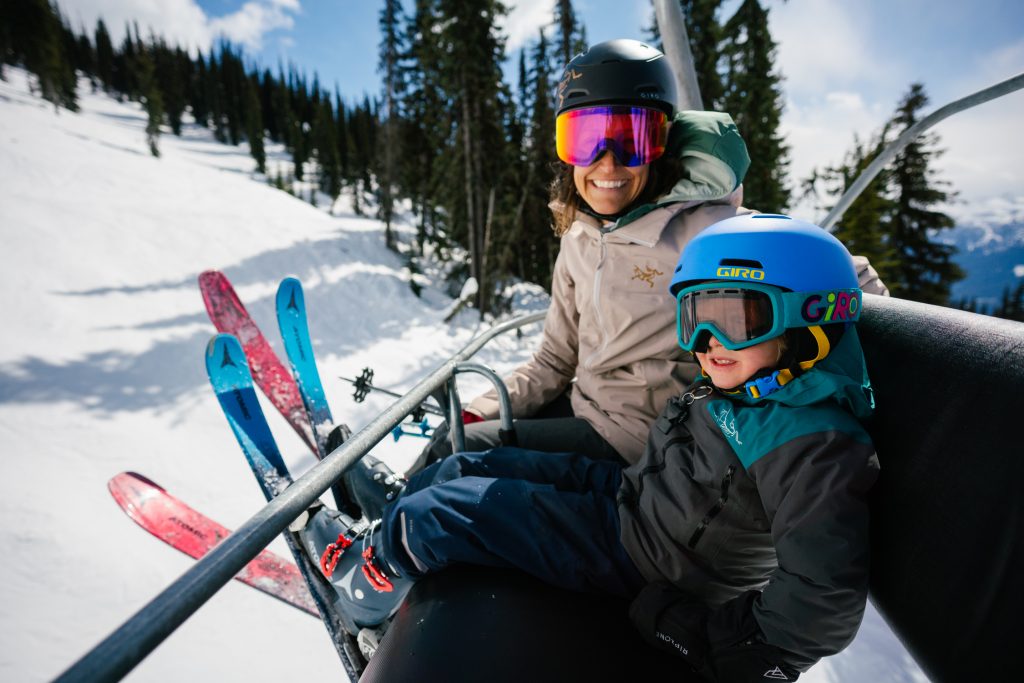 ABOVE Lynch and Knox riding the wire on a sunny, snowy afternoon. Photo: Zoya Lynch

The new series also portrays how both families have grown and evolved over the couple of years since the release of the original film. Life has changed significantly for both women. Lynch has a new partner and another baby. For Treadway and her three children, the times portrayed in Motherload were really, really heavy—but now they’ve hit their stride and have figured out their methods of healing and of handling the tough days.

For both women, the rewards of this style of parenting are well-worth the extra effort.

“Reflecting on my childhood and my life, the most important experiences and the most important relationships I’ve had have all started in the mountains or while just outside living life,” Lynch says. “For me, it’s really important to give my kids that opportunity to have those similar experiences. I just can’t do the sitting at home with my kids all day thing. Nothing drives me crazier. I find days are so much more fun, and they go so fast, and everyone is more relaxed when we’re out doing something.” 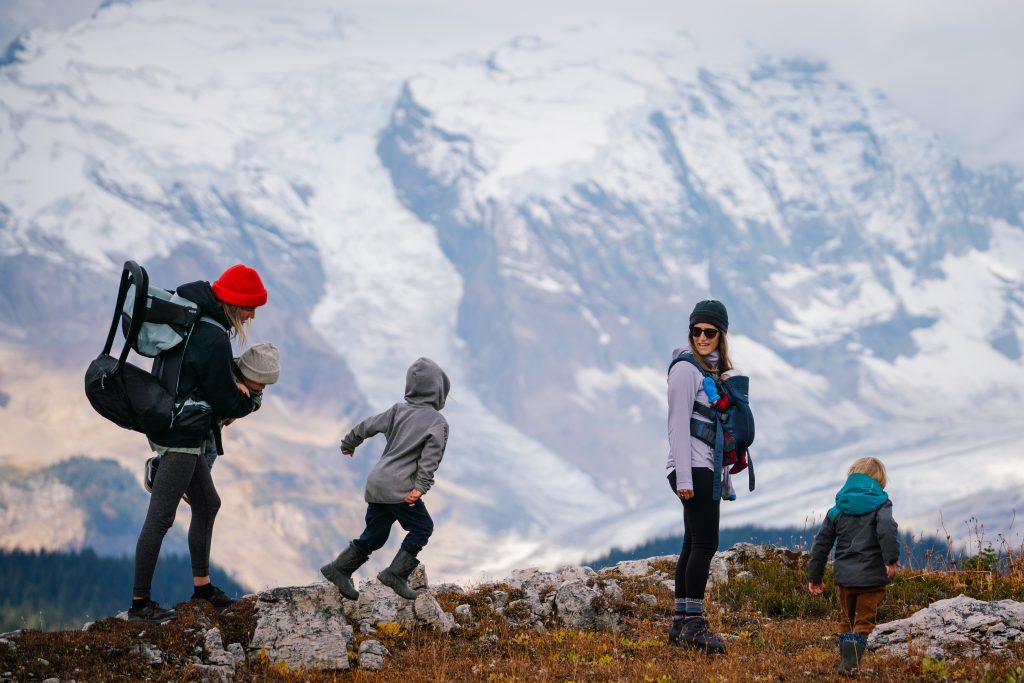 ABOVE Motherhood knows no offseason. Follow the leader in the fall time alpine. Photo: Zoya Lynch

As kids ultimately get older, there is a constant ebb and flow of parenting challenges. To Lynch’s credit, she says she has learned to always have a lot of snacks and treats on hand, and to always quit when you’re ahead.

“You need a buffer,” she says. “You never want to push ‘til the end. You never want to completely burn them out because that’s hard to come back from. You want to make sure that you’re finishing on a high note.”

But that high note isn’t solely dedicated to outdoors kids, notes Lynch. In order to pass on the gift, sometimes it’s necessary to reconnect with it on your own terms.

To follow along with Tessa, Izzy and crew, make sure to check out the second episode of This is the Motherload here.