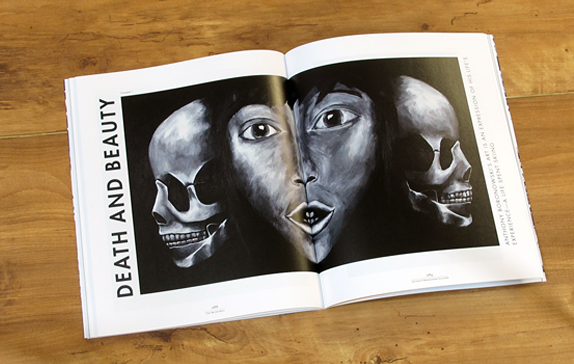 Anothony Boronowski has been painting almost as long as he has been skiing and his paintings reflect a life of pushing the boundaries of our sport. After his recently completed inaugural solo show, we present a gallery on death and beauty.

For the past decade, Anthony Boronowski has been laying down his unique mark in the same ski movies that have shaped a generation of young skiers. Not just an artist with a pair of skis, he has been quietly creating art for as long as he’s been creating new ways to ski the mountain. His latest series of work explores the dialogue between death and beauty, themes implicit in all life, but a daily undercurrent for skiers of his caliber. Boronowski has thrived within a group of people who are the best in the world at what they do. Their impact on him is complex, but clearly evident in his belief that work ethic and potential are inseparable. “I believe in the ability of someone to create any reality they envision,” he says, “I believe in it so passionately, and because of that I believe everyone holds the key to walking down whatever pathway they want. The only things limiting their potential are choices and actions…”