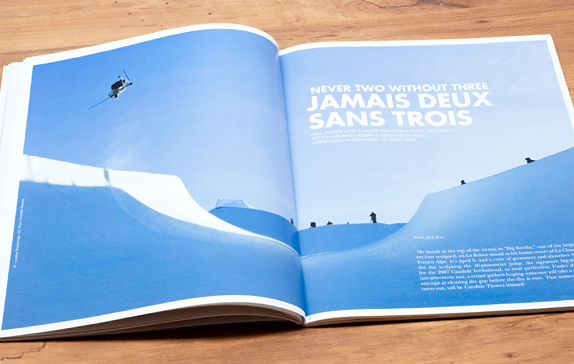 At only 25 years of age, it seems like Candide Thovex has been around forever. From his first freestyle competition in 1998 to X Games gold, the Frenchman is still pushing the sport in new directions–and last season he almost paid the ultimate price. Candide speaks candidly about coming back from a broken back and where he wants to take his skiing in the future.

“He stands at the top of the in-run to ‘Big Bertha,’ one of the largest kickers ever sculpted, on La Balme massif at his home resort of La Clusaz in the French Alps. It’s April 5, and a crew of groomers and shovelers has spent the day sculpting the 40-plus meter jump, the signature big-air feature for the 2007 Candide Invitational, to near perfection. Under the blazing late-afternoon sun, a crowd gathers hoping someone will take a guinea-pig attempt at clearing the gap before the day is over. That someone, it soon turns out, will be Candide Thovex himself…”