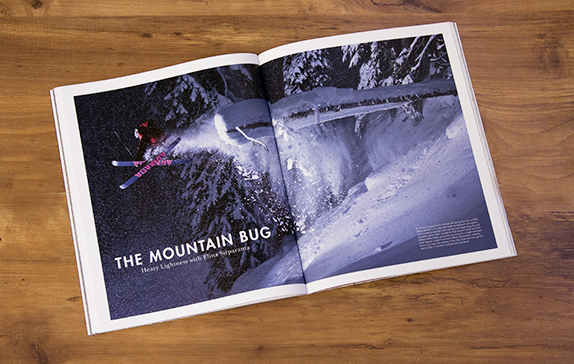 Hailing from the flatlands of Finland, Elina Sirparanta grew up far from the French peaks she now calls home. But upon picking up a camera in the late 1990s, she quickly morphed into a humble mountain aficionado, ripping the world’s biggest slopes and handling any challenges with quiet dedication. It has earned her frozen fingers and borderline hypothermia—and taught her to capture the moments most can’t see.

During the winter of 2006, I had a conversation with Elina Sirparanta about dreams and ambitions. She had been shooting photos for many years at that point, and, always shy and humble, she talked about how she hoped to someday be considered a great photographer.

“Aren’t you great already?” I asked.

“So, how will you know when you are?”

I realized then I didn’t know either. When can an artist consider themselves “great?” It’s a question I’ll probably never be able to answer coherently. What I can articulate, however, is the moment I thought, “Elina has made it.”…