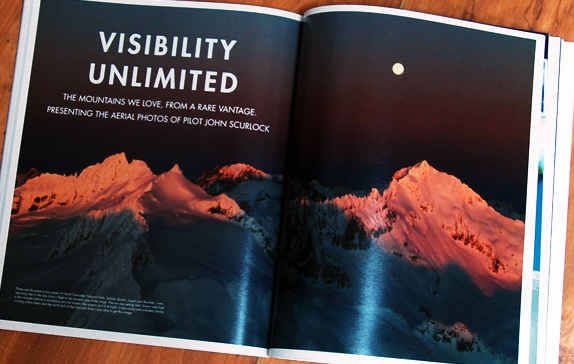 For the last fifteen years, John Scurlock has been flying his home-built RV-6 aircraft in the mountains of the Pacific Northwest and beyond, and bringing back aerial alpine images that make skiers dream.

As a Baby Boomer growing up in Michigan, John Scurlock dreamed of one day joining the Air Force and becoming a fighter pilot. Even though those dreams ended in the third grade when he was diagnosed with nearsightedness, his love of aviation endured.

In fact, at age 55, Scurlock regularly shoots stuff from the cockpit of a plane. Only his targets aren’t enemy fighters, but the wildest mountains in North America—much to the delight of a growing host of interested parties: climbers, skiers, scientists, even governments…