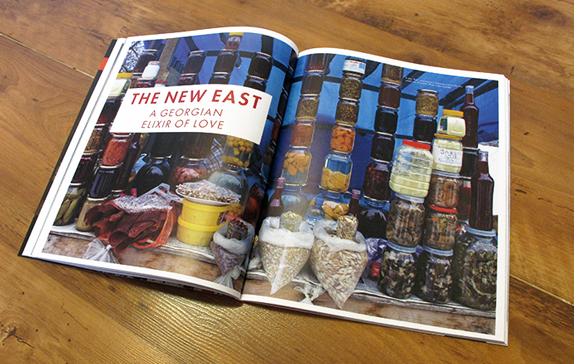 One of the original Soviet territories and on the losing end of a 2008 war with Russia, Georgia has spent the last few decades struggling to define its identity: by desire part-European, by default part-traditional Georgian, and reluctantly part Russian. With a large dose of hope Georgia makes its own way to modernization—the New East.
Words: Johan Jonsson

Five seconds after booking the trip, I look down at the confirming finger, raise it in the air, and ask the guilty digit a few questions: Do I need a visa? Wasn’t there a war there recently? Where exactly is Georgia?

Three days later, my companions—photo wizard Oskar Enander and Frenchy Patrick Vuagnat—and I step out of the international airport in the nation’s capital of Tbilisi. Patrick’s Georgian friend Levan picks us up, and we secure our skis to his roof with some small ropes. The ropes ensure our gear’s safety—but not ours…