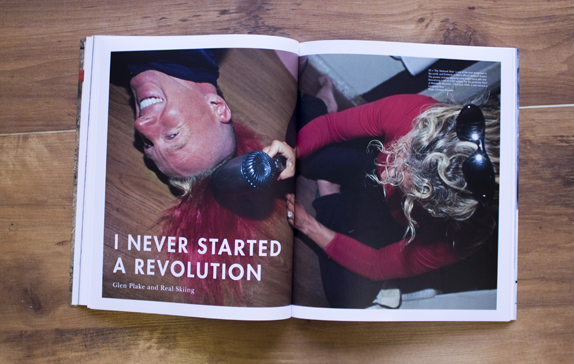 It’s been over 25 years since Glen Plake exploded onto the ski scene in Greg Stump’s 1986 classic Maltese Flamingo. Where most his contemporaries have dropped off into obscurity, Plake has stayed at the forefront of ski culture, packing convention halls and traveling hundreds of thousands of miles to shake an equal number of hands. And having spent a half-century utterly immersed in every aspect of skiing, his opinions and love for the sport are as passionate as ever. Glen Plake in his own words.

He drops this fact casually while we’re sitting in his RV in the parking lot of Mammoth Mountain, CA. It’s Cinco de Mayo, and mariachi music plays through his next-year’s “Beats by Dre” stereo after a day boot-packing up nearby Bloody Couloir, a line Plake first skied when he was 16. He explains the connection: Luke Wood, president of Beats Electronics, is a long-time punk rock buddy.

The admission stuns me—this is Dre, of Straight Outta Compton and The Chronic fame, one of the godfathers of hip hop and the second-richest rapper alive. It’s so far removed from our day’s backcountry experience and current surroundings it seems impossible.

And then I remember: this is Glen Plake…