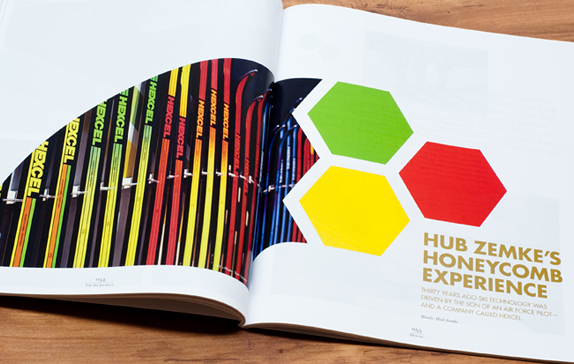 Thirty years ago ski technology was driven by the son of an Air Force pilot
and a technology called honeycomb. In the 1970s and early ‘80s, Hexcel skis
were as ubiquitous as today’s models (maybe you, or your parents, still have
a pair hanging in the basement or garage?) and Hub Zemke was at the helm,
from micro-measuring to marketing. A brief history of the Reno-based
company, in the inventor’s own words and images.

“In 1964 I was a student at the studying forestry. Though I enjoyed the subject, it didn’t take long to realize that forestry wouldn’t provide a promising career. So I transferred to the of , to become a mechanical engineer. It also happened that my father, who was a career Air Force officer, had just been reassigned from Europe to , so I was able to live at home with him and my mother, Maria, while going to college.

Skiing had always been a part of my life…”