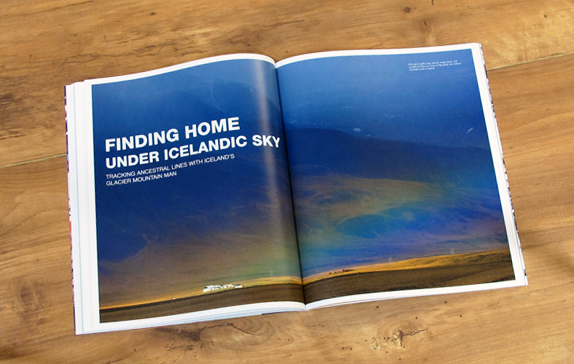 Iceland’s “man of mountain and glacier,” Jokull Bergmann, has spent thirteen years developing a homegrown heli operation under twenty hours of sun. In the wake of the Icelandic volcanic eruption that shut down most of Europe during the winter of 2010, Dan Kostrzewski, Grant Gunderson, Sven Brunso and Mattias Giraud join Iceland’s first fully certified ACMG guide at Arctic Heli to learn the finer points of the Icelandic corn harvest.

We arrived between volcanic ash plumes and forced airport closures, then rolled the six hours north through lonely, powerful landscapes to the tiny fishing village of Dalvik at the entrance to the Skiladour.

Iceland’s north is harsh country settled by hearty stock who carved out an existence through fishing and farming in a land that was once much colder and much snowier. Both livelihoods are now in decline and the abandoned farmsteads that dot this countryside are a monument to a disappearing lifestyle in a country that seems torn between an allegiance to the past and an embrace of the future…