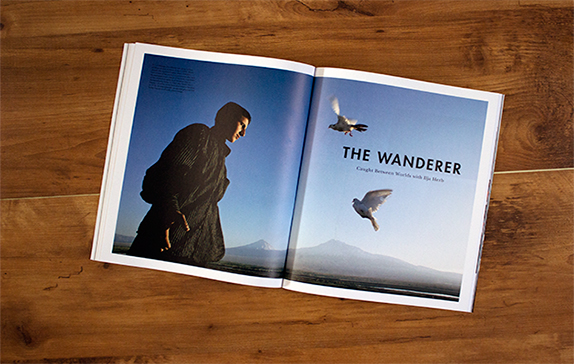 From the first days of his photography career, Ilja Herb was drawn to the storytelling aspect of photojournalism. When he started shooting skiing in the early 1990s, it was only natural that he would bring that same affinity to a world he saw stuck on sunny powder turns. In the decades since, he has brought that visual narrative from ancient slopes in China to war-torn regions of Armenia to the icy slopes of eastern Michigan. From one world to another with Ilja Herb.

This aphorism recently came to photographer Ilja Herb’s attention, and given he lives on a sailboat named Foxy in a suburban Victoria, BC harbour, it quickly became one of his favorites.

It is possible the Greek philosopher was just indulging in the timeless art of slagging sailors. Given the unfathomable nature of oceans, however, it’s more likely they were referencing a purgatorial state between non-existence and existence, the wanderer caught between worlds—alive but unable to break free of the mortal grip of discovery. Though these musings perhaps appeal to Herb as a reasonable approximation of his own life’s journey, for ski magazine fans they also succinctly describe his photography…