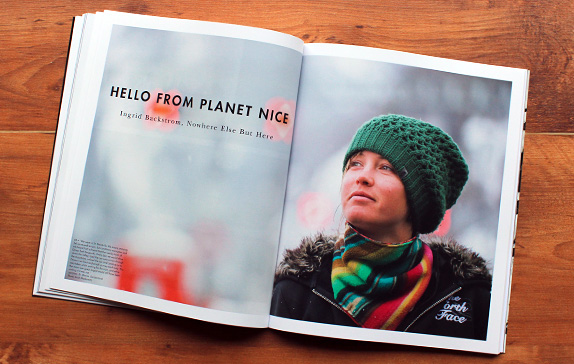 Nearly a decade ago, Ingrid Backstrom appeared in Matchstick Productions’ Yearbook as a pig-tailed metaphorical freshman. In the years since, she has traveled the world and earned a place among skiing’s loftiest icons. Amongst the awards and exotic destinations, the once-underclassman with the hard-charging style has also dealt with tragedy and loss caused by the sport she loves—and, with an unfailing modesty and infectious positivity through it all, has graduated to one of skiing’s most valued teachers.

Ingrid Backstrom is getting over a bout of food poisoning.

It’s August in Portillo, Chile, and Ingrid has just finished coaching at the annual Ski with the Superstars camp, where she and fellow pro skier Chris Davenport have spent a week shredding around the mountain and offering tips to skiers who’ve emptied their bank accounts to be there. Before that, she was leading her own women’s freeride camp at La Parva.

She’s a bit queasy, and tired from being on the road, plus the snow has been mediocre all season in South America. But she won’t mention any of that. It seems like there’s nowhere else in the world she’d rather be. By the genuine smile on her face and the stream of positivity that spills from her mouth, you’d swear the girl is some kind of alien from Planet Nice.