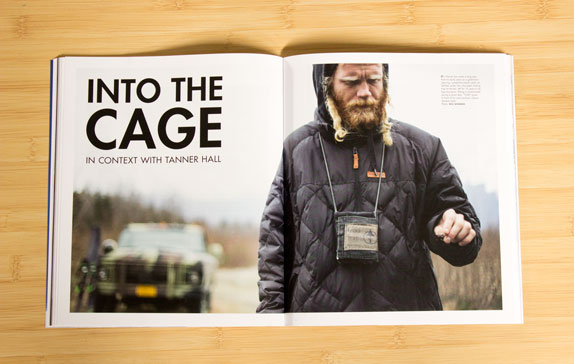 Love him or hate him, few skiers in history have been as controversial or influential as Tanner Hall. Since he first burst onto the freeski scene at age 16, the seven-time, double-three-peat X Games gold medalist has garnered the respect and ire of skiers the world over. Having suffered through drug addiction, the death of his best friend, and a brutal list of injuries, Hall is older, wiser and as opinionated as ever.

In many religions, the lion is held as a sacred creature, a symbol of power and intensity. It’s often used as a symbol of the top of the food chain, the king.

It only takes meeting Tanner Hall’s gaze once to see why cinematographer and close friend Eric Iberg chose Like a Lion as the title for his 2010 documentary on Tanner, both from Hall’s demeanor, outspoken adherence to Rastafari culture, and general appearance. The yellow, shoulder-length dreads make for an impressive mane, and the tattoos spilling down his arms are quietly edgy.

As we talk at his girlfriend’s cabin in Squaw Valley, CA, he rolls a spliff with almost absurd care. He’s just returned from a week-long glacier camping trip in Alaska with the Provo brothers, an experience far from his terrain park beginnings…