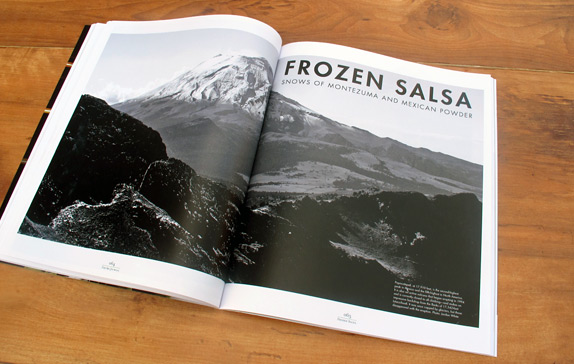 The United States’ southern neighbor is known for surfing, cheap tequila and indigenous foods—not for skiing. But a brave crew takes on pot growers and car thieves to see if it should be. Panic, despair, joy and satisfaction in the land of frozen salsa.
Words: Anton Sponar

Being at 17,000 ft on Aconcagua, hunkered down in a vicious storm and running out of food, or helplessly watching a huge slide racing towards my partners deep in the Alaska backcountry, I have been there before. This was different. We were not even in the mountains yet. I was in the back seat of a rented Jeep Wrangler, and we were being chased.

The plan was to go to the beach during the off season. Being ski mountaineers, Jordan White and I wanted to see if we could ski something on the side as well. We knew the high peaks of Mexico held snow, and the tickets to Puerto Vallarta were surprisingly cheap. Caleb Wray was already planning a trip there, and Dave Rasmussen had nothing better to do. We had a team, tickets were bought, and that was the extent of the planning…