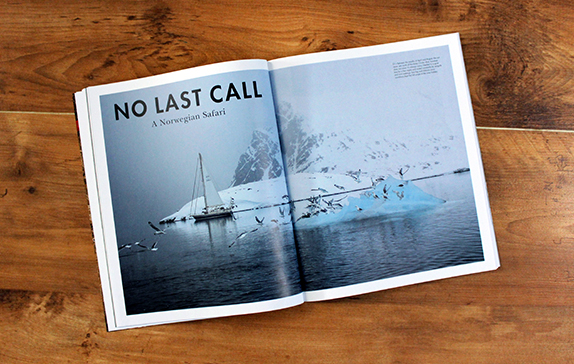 There is constant daylight between April and August in the Arctic Circle, meaning the countless couloirs and faces rising from the Norwegian seas on the island of Svalbard are always accessible—if you can avoid the polar bears and handle rough northern waters. And while the world’s northernmost permanent settlement may offer some of Scandinavia’s biggest lines, there’s plenty else to fill those endless sunny hours. In the land of seed vaults, sailboats and $10 beers, there is no last call.

A beer in Longyearbyen, a tiny town in Svalbard, Norway, costs $10. That may seem like a lot at first, but it’s not bad considering it’s less than in Oslo, the country’s largest city and capitol. Add that it’s the northernmost permanently inhabited place in the world, and $10 starts sounding like steal.

Svalbard is not a practical place for skiing for anyone but the 3,000 people who live there. It’s not even that practical to visit in general; it’s a 30-plus hour flight from almost anywhere in North America. Surrounded by the Arctic, Greenland and Norwegian seas, it sits halfway between mainland Norway and the North Pole and is not officially part of the country. Run by a local government in Longyearben, it’s more of a province than municipality. And the cheap beer? No taxes this far north.

So, Svalbard. Practical? No. But the concentration of mountains on these islands—and their relief—is reminiscent of Alaska or Antarctica…