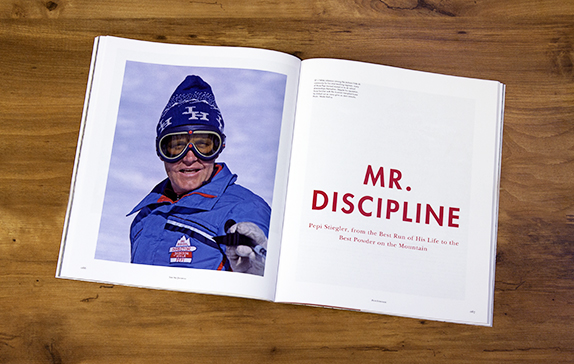 From his first snowfield forays above Lienz, Austria at age 6, Pepi Stiegler has been defined by skiing. He is an Olympic gold medalist, long-time director and co-founder of Jackson Hole Mountain Resort’s ski school, and pioneer of some of the Teton’s most iconic backcountry lines. It’s a legacy that continues through his two ski-racing children and the countless students he has welcomed to the sport. Ski bum battles and the best powder on the mountain with Mr. Discipline.

Along the arc of Josef “Pepi” Stiegler’s life, skiing pervades everything. First, it was a respite for the reluctant young student in his birthplace of Lienz, Austria. Later, still at home working as an uninspired photographer, skiing opened a path to become an Olympic champion. Skiing then brought him to America for his life’s work as director of the Jackson Hole Ski School. And finally, it touched him personally as he became a father of two children who would become accomplished ski racers themselves…