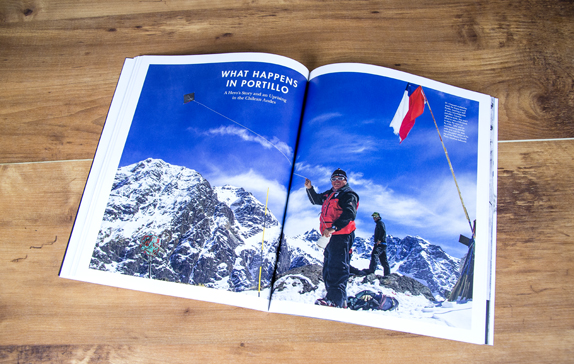 Set amongst the craggy 20,000-foot peaks of the Andes, 12 miles from the base of Aconcagua (the highest peak in the Americas), and overlooking the icy blue waters of the Laguna del Inca, Portillo has been frequented by Olympic medalists, World Cup champions and skiing’s greats. The ski school instructor list has included Stein Erikssen, Siggi Grottendorfer and Pepi Stiegler, and its reputation for good times is world-renowned. But over three decades before, it was also the site of a heroic story that would influence one skier’s life forever.

In August 1972, trouble rumbled across the Chilean Andes. Something big was about to go down.

In the country’s capital Santiago, General Augusto Pinochet, the commander-in-chief of the Chilean Army, was in the midst of squeezing left-leaning President Allende out of power. Soldiers roamed the streets of Santiago with automatic rifles slung across their shoulders, while the CIA secretly infiltrated the country, scheming to assist in Allende’s ouster with the government’s far right. The country was running out of food, and the escudo, the country’s currency at the time, was grossly inflated, making for a thriving black market economy. This was great if you were a gringo ski bum working in Portillo, like my father was. You could sell greenbacks for 10 escudos to the dollar and stay at the fanciest hotel in Santiago, the Hotel Carrera, for two bucks a night.

This was also the month that my father almost died…